The Lehrman Institute Fellow in Economics

John D. Mueller is the Lehrman Institute Fellow in Economics and Director of the Economics and Ethics Program at the Ethics and Public Policy Center. Mr. Mueller specializes in the relation of modern economic theory to its Judeo-Christian and Greco-Roman origins, its practical application to personal, family, and political economy, and the interaction of economics, philosophical worldviews, and religious faith. He is also an adjunct senior research fellow at the Social Futuring Center.

John D. Mueller is the Lehrman Institute Fellow in Economics and Director of the Economics and Ethics Program at the Ethics and Public Policy Center. Mr. Mueller specializes in the relation of modern economic theory to its Judeo-Christian and Greco-Roman origins, its practical application to personal, family, and political economy, and the interaction of economics, philosophical worldviews, and religious faith. He is also an adjunct senior research fellow at the Social Futuring Center.

Mr. Mueller retired in January 2015 as president of LBMC LLC, a firm in Washington, D.C. specializing in economic and financial-market forecasting and economic policy analysis. He has more than 35 years’ experience in those fields. Besides investment managers, Mr. Mueller has advised many American and foreign economic policymakers on monetary policy and exchange rates, policies for reducing unemployment, and income-tax, welfare and Social Security reform. He is author of Redeeming Economics: Rediscovering the Missing Element (ISI Books, 2010; updated paperback, 2014). From 1979 through 1988, Mr. Mueller was economist and speechwriter to then-Congressman Jack Kemp, mostly as Economic Counsel to the House Republican Conference (caucus) of which Kemp was chairman. In that capacity he drafted bills originating some key features of President Ronald Reagan’s tax cuts of 1981 and Tax Reform Act of 1986 and of Kemp’s 1988 presidential campaign. Mr. Mueller graduated in 1974 from Haverford College, and after his children completed their education, received his master’s degree in applied economics in 2019 from the University of Maryland, and in 2020 became a doctoral candidate in economics of Corvinus University in Budapest.

View a video on a special issue of the Society and Economy Journal, featuring commentary from Mr. Mueller:

Father John Flynn, L.C., “Can Neo-Scholastics Transform Economy? A Rediscovery of the Human Element on the Horizon,” Zenit.org, September 18, 2011

Submitted to World Futures: The Journal Of New Paradigm Research

Published in Quarterly Journal of Austrian Economics 18, no. 2 (Summer 2015)

The ‘Missing Element’ in Modern Economics

Published in Quarterly Journal of Austrian Economics 18, no. 2 (Summer 2015)

Why “AAA Economics” Has Legs 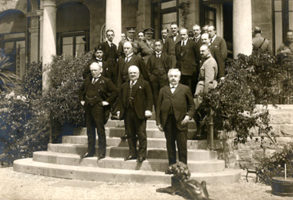 Other countries backing their currencies with dollar-denominated securities led to a dilemma for America. U.S. manufacturing jobs have disappeared in direct proportion to the decline in our net reserves. 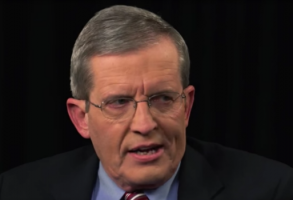