Trump Has Two Big Problems in 2020: Pennsylvania and Michigan 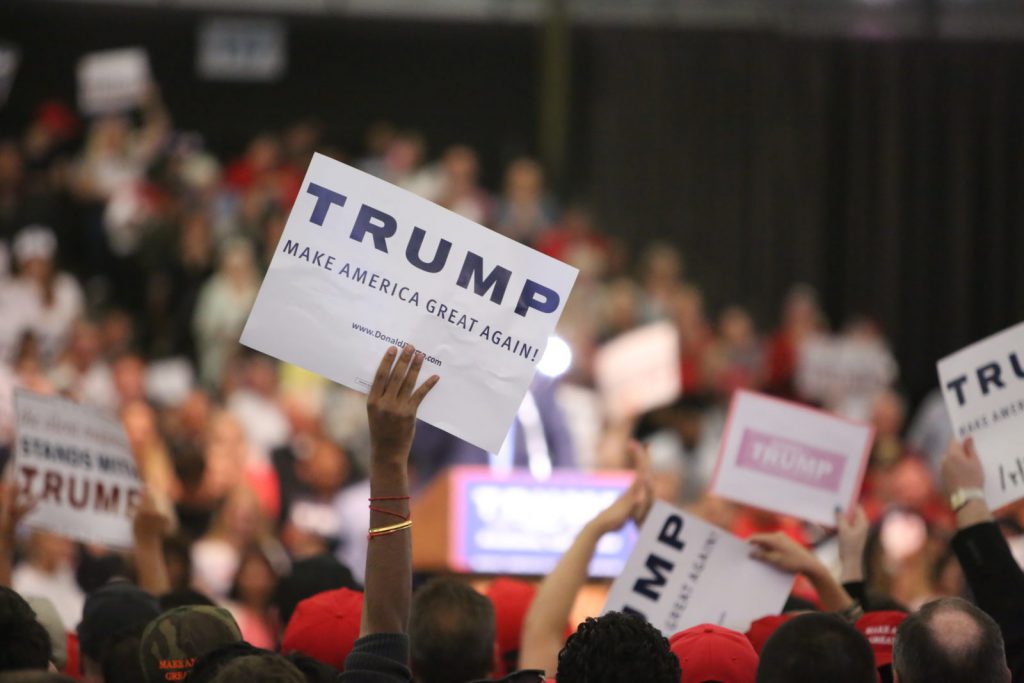 President Trump ran on a slogan of “Make America Great Again,” and for many of the blue-collar former Democrats who backed him, it meant “bring my job back again.” But despite the booming national economy, many of the Midwestern areas that put him in the White House haven’t benefited much, if at all, and it might cost Trump a second term.

Friday’s unemployment report paints a rosy picture for the nation as a whole. Employers added another 196,000 jobs in March, beating economists’ estimates. The main unemployment rate remained at 3.8 percent, and wage growth remained close to decade-long highs. If the economy alone determined national elections, Trump would easily be a favorite for reelection.

But as November’s midterm elections showed, that’s not the case. Educated suburbanites, who are benefiting nicely from the strong economy, nevertheless turned in droves against Trump’s Republican Party. Their revolt was driven by their dislike for the president personally, and it dragged down Republicans at all levels of government wherever these voters dominated. Trump’s job approval ratings remain mired around 43 percent despite the great economic news, suggesting these voters aren’t changing their minds.

It means that Trump’s reelection will depend on again winning the formerly Democratic states in the Upper Midwest that he surprisingly captured in 2016. Unfortunately for Trump, the economic news in two of those states isn’t as good as in the nation as a whole.

The good news for Trump is in Wisconsin and Iowa. Wisconsin has boomed under Trump; its unemployment rate in February was a mere 3.3 percent. Iowa, meanwhile, was even lower at 2.7 percent. Both states have also seen a manufacturing renaissance, experiencing a significant uptick in the number of those coveted blue-collar jobs since January 2017. It should be no surprise, then, that these states were where Republicans performed relatively well in the midterms, with Iowa Gov. Kim Reynolds winning reelection and Wisconsin Gov. Scott Walker narrowly losing. Trump’s job approval ratings in the exit polls were also relatively high in Wisconsin at 48 percent, about three points higher than his national standing at the time.

Michigan and Pennsylvania, however, are not sharing in the national gains quite so much. Their unemployment rates are above the national average, and rates are even higher in the regions that propelled Trump to victory. In Pennsylvania, for example, that’s the regions of Scranton-Wilkes Barre, Johnstown and Williamsport. Their unemployment rates all remain at or above 5 percent as of February. That’s down a point or so from when Trump took office, but it’s not “great again” either. It’s probably not a surprise, then, that Republicans didn’t mount a serious challenge for either major statewide race, lost four House seats in the midterms, and won another three seats with less than 52 percent of the vote. A recent Emerson poll also shows that Trump would lose Pennsylvania by 10 points to either former vice president Joe Biden or Sen. Bernie Sanders (I-Vt.).

But these economic figures are positively rosy compared to those in Michigan. As in Pennsylvania, Trump’s margin was large swings in blue-collar areas such as Flint, Saginaw and Bay City. He was the first Republican presidential candidate to carry either Saginaw County or Bay County since President Ronald Reagan in 1984. But these counties’ economies have barely improved from January 2017 to this year, with unemployment rates dropping only about a point from a shade higher than 6 percent to a bit more than 5 percent. Again, an improvement, but not a boom.

The situation is much worse in non-metropolitan Michigan. These areas, mainly in the northern “thumb” and the Upper Peninsula, gave Trump his largest swings over Mitt Romney’s percentages in 2012. These areas more than anywhere fueled his narrow 11,000-vote victory. But their economies have gotten worse, not better, since Trump took office. In January 2017, non-metro Michigan had a 6.8 percent unemployment rate. In February 2019, that rate is now at 7 percent.

Not surprisingly, both the 2018 exit poll and a recent poll from Emerson College show Trump’s predicament. The exit poll gave Trump only a 44 percent job approval rating in Michigan, the lowest of any Midwestern swing state. Last month’s Emerson poll also had Trump well behind both Biden or Sanders in a head-to-head matchup.

The president could win reelection by the skin of his teeth even without Michigan or Pennsylvania. Should he win Iowa, Ohio, Wisconsin and the other states and congressional districts he carried in 2016, he would still earn the bare minimum of 270 electoral college votes needed to prevail. But he would lose the popular vote by a much greater margin than in 2016. His second term would be damaged from the get-go, a product of a quirky system that, in today’s political climate, allows a minority of voters to select the person who holds the most powerful post in the world. Such would be the wages of not delivering for the Midwestern blue-collar voters who entrusted him with their votes the first time around.