The Faith Angle Forum held its semi-annual Conference on Religion, Politics & Public Life from November 15-17, 2015, in South Beach, Florida. The series brings together a select group of nationally respected journalists and distinguished scholars for in-depth discussions of cutting-edge issues at the intersection of religion and public life. Under the leadership of Michael Cromartie, Vice President at the Ethics and Public Policy Center, the Faith Angle Forum provides extended discussion and the kind of deep reflection that is not always possible in today’s fast paced world of breaking news.

“The Bible and Biology: How Did We Get Here?” 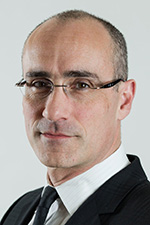 Arthur Brooks is president of the American Enterprise Institute (AEI). He is also the Beth and Ravenel Curry Scholar in Free Enterprise at AEI.

Immediately before joining AEI, Brooks was the Louis A. Bantle Professor of Business and Government at Syracuse University, where he taught economics and social entrepreneurship.

Brooks is the author of 11 books and hundreds of articles on topics including the role of government, fairness, economic opportunity, happiness, and the morality of free enterprise. His latest book is The Conservative Heart: How to Build a Fairer, Happier, and More Prosperous America (Broadside Books, 2015). His other books include the New York Times best-seller, The Road to Freedom: How to Win the Fight for Free Enterprise (Basic Books, 2012), The Battle: How the Fight Between Free Enterprise and Big Government Will Shape America’s Future (Basic Books, 2010), Gross National Happiness (Basic Books, 2008), Social Entrepreneurship (Prentice Hall, 2008), and Who Really Cares (Basic Books, 2006). Before pursuing his work in public policy, Brooks spent 12 years as a classical musician in the United States and Spain. 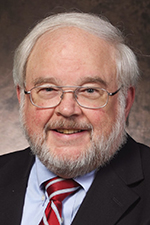 John Carr is the director of the Initiative on Catholic Social Thought and Public Life at Georgetown University. He is also Washington correspondent of America Magazine. During the 2012-2013 academic year he held a residential fellowship at the Institute of Politics of Harvard University. He served for over 20 years as director of the Department of Justice, Peace and Human Development at the United States Conference of Catholic Bishops, providing guidance for the US bishops’ public policy and advocacy. He also headed the Catholic Campaign for Human Development and has contributed to the development of national statements such as Communities of Salt and Light and Faithful Citizenship. In addition, Carr has also served as executive director of the White House Conference on Families and as director of the National Committee for Full Employment. John and his wife, Linda, live just outside Washington, DC and have four adult children. 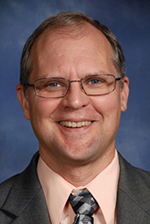 Ted Davis is Professor of the History of Science at Messiah College, where he teaches courses on historical and contemporary aspects of Christianity and science and directs the Central Pennsylvania Forum for Religion and Science. Dr. Davis edited (with Michael Hunter) The Works of Robert Boyle, 14 vols. (Pickering & Chatto, 1999-2000), a separate edition of Boyle’s treatise on God and the mechanical philosophy, A Free Enquiry into the Vulgarly Received Notion of Nature (Cambridge University Press, 1996), and The Antievolution Pamphlets of Harry Rimmer (Garland, 1995). He has also published dozens of articles about the history of Christianity and science, including a study of modern Jonah stories that was featured on two BBC radio programs. His current project, supported by the National Science Foundation and the Templeton Foundation, examines the religious activities and beliefs of prominent American scientists from the period between the two world wars. 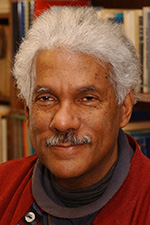 Albert Raboteau is one of the nation’s foremost scholars on African American religion, and is the former Henry W. Putnam Professor of Religion at Princeton University. He is now professor emeritus at Princeton.