I understand well soft forms of persecution and prejudices. As a young schoolchild in Baghdad, though most of my classmates received some discipline, I distinctly remember sustaining more raps across my palms from Sit Samira’s ruler than my Muslim classmates; being downgraded just enough in physical education to ensure that when grades were posted, the first-in-the-class was a Muslim girl and not me, a Christian. I also recall my father’s superiors passing him over for a promotion because he was a Christian; the public looks, the marketplace slights, and the general incivilities. I know something of all the ways, small and great, that the Muslim community in Iraq applied pressure against its Christian population to keep them in their place—never allowing us to forget that we were unwanted and unwelcome. When my father, seeking asylum, was interviewed by the American consulate in Greece he was asked: “You say you are persecuted in Iraq, but they are not killing Christians in Iraq, how can you say you are persecuted?” To which my father tapped his finger on the temple on the side of his head and said, in broken English: “There is persecution here.”

We Middle Eastern Christians are not unaware or ignorant of the variety of ways a non-Christian community can make life a trial for its Christian community. The response by Christians in that region varies, of course, according to both historical norms and the individuals’ temperaments and tolerance for these trials. Some were able to shrug it off and go about their life, others used whatever opportunity was available to get ahead no matter the setbacks, yet others left, looking for a more welcoming land. And then there are those, like some of our friends and distant relatives, who stayed until there was literally a gun to their heads.

But I confess I’ve been perturbed lately watching American Christians of all stripes wringing their hands and complaining about being persecuted in our postmodern American milieu while Christians are being killed in other parts of the world, notably in the Middle East. A study conducted by the Religious Freedom Institute and the Notre Dame Center for Ethics and Culture found that eighty percent of religious-based violence in non-Western nations is committed against Christians. Note that this is not mere bias or persecution, but violence. This study, and its resulting documents and book of essays, are collected in Under Caesar’s Sword, edited by Daniel Philpott and Timothy Samuel Shah. The book conveys a crucial message to Western readers:

Global defense of persecuted Christians will not become more recognized as a worthy cause until its main proponents admit and unmask its misuse through a conscious and continual strategy of differentiation. One can only establish the case for the genuine article by separating it from the simulacra (e.g., situations where Christians are uncomfortable living in pluralist societies where they no longer call many of the cultural and political shots). [emphasis added]

The abuse of the Christian “discourse of persecution” not only hurts Christians elsewhere in the world, it hurts their witness to Christ in the culture. And it is this very witness which can re-evangelize the culture: not leveraging evangelical politicians to enact particularly Christian laws, not grumbling because they feel entitled to having a nuclear family for neighbors rather than a gay couple, not hyping social media campaigns and boycotts insisting on “wholesome” entertainment. The key for Christians—from the beginning—has always been how they respond to trials and tribulations, and the most genuinely Christian responses historically have not been via force or politics but rather acts of care and love of neighbor.

I live in America. From at least the time of Tocqueville’s analysis, we have been a people who have made a habit—even a virtue—of throwing off tradition and traditional values. In the last century, secular materialism has replaced the Christian worldview as the basis for both civic government and publicly visible individual moral decisions. The First Amendment, by way of a glib, “you can’t legislate morality” hermeneutic, has degenerated and is even losing its potency with regard to free speech and expression. The change has been so rapid, in civilizational terms, that we have seen little of its ultimate effects. From the beginning, we had an enormous storehouse of civilizational capital, but America’s decadent culture, riding on the ease and prosperity born in no small part from a Christian ethos, has little exposure to, or preparation for, real corporeal threats.

If “persecution” of Christians can be used with any kind of sincerity in our context, one would have to say that this persecution is that they are feeling the general impotency which comes from decadence. This decadence and slothfulness certainly informs the moment we are witnessing, but it also has shaped the Christian response, which is frankly characterized by whininess and petty power-grabbing. Not having known what it is like to be a real minority, and with a living memory of a culture informed by an American style Christian ethos, which is itself unconsciously Cartesian (Tocqueville: “America is therefore the one country in the world where the precepts of Descartes are least studied and best followed.”), often the Christian response is vociferous and vicious.

Yes, a depraved and libertine culture presses in with a myriad of temptations that might pull believers, their children, and co-parishioners away from a fervent relationship with God. Yet, temptations are temptations, and coercion is something else. We are all aware of recent high-profile cases of Christians defending themselves on matters of Christian conscience. Are these obstacles any more difficult than those faced by the first believers? Hebrews 11-12 tells believers about how the saints who have gone before us overcame obstacles and persevered in their faith. After this litany of the saints, their trials, and victory through faith, St. Paul asks his readers to contemplate Christ himself:

Consider him who endured from sinners such hostility against himself, so that you may not grow weary or fainthearted. In your struggle against sin you have not yet resisted to the point of shedding your blood.

Here is a good place to start making distinctions, to differentiate wisely between the situation here in America and elsewhere—to think not only of rights, but of responsibilities. Christians have responsibilities not only as citizens, but as believers in particular—to pray and work toward the good of the city—seeking the welfare of all, not by conquering it, but by prayer, supplication, and participation (see Jeremiah 29, Romans 13, 1 Peter 2). For example, it is right and just for the Sisters of the Poor to defend themselves in court from the impingement on them by our government; it is right and just to cry out for the dignity of the unborn and their right to life; it is right and just to seek out ways to mitigate the slavery of pornography, the trafficking of people, seeking justice for the imprisoned, the abused, the sick, the poor, the disabled, the veterans, the homeless, the ostracized; it is right and just to fight against the fleecing of people in a decadent, consumerist society. These are just a few examples of the many ways Christians can rightly seek justice in our society.

Living day in and day out in meekness does not mean turning a blind eye to harm and injustice. Nor does laboring in meekness equal complaining and shrieking. And that can make all the difference in our effectiveness. We ought to remember the adage that meekness is strength under control.

The culture warrior mindset that Christians in America are known for may seem impressive, and obligatory—a way for Christians to show their bona fides. As an immigrant from a country whose Christian population has practically been liquidated, this quality of American Christianity is not only off-putting, but a hindrance from the unique mission of the Christian religion whose primary mission is not to protect itself from persecution—of whatever kind—but of love, forgiveness, and sacrifice. The Christian mission accomplished much when it was able to do what Christ himself did—absorb the sins of others, and offer in return something beautiful and alluring—a way of living in this world through the power of Love. I believe this stands in contradiction to culture-warriorism. Fighting a culture war to reincarnate the social order of Christendom in America cannot be accomplished without coercion, and that is fundamentally un-Christian. This is not to say one can never have a Christian nation. After all, countries like Hungary and Poland whose populations display an organic consensus can, and claim this status. By contrast, where there is no organic consensus within the society, Christianity is healthier and more beautiful when it offers light and love to the surrounding culture. Simone Weil: A Thinker for Our Trying Times 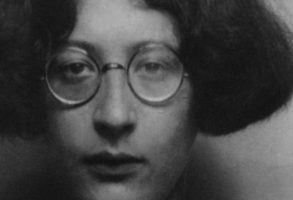 Weil desired not only to understand the sufferings of the dispossessed but to suffer alongside them.

Women, Families, and the Ends of Freedom Women and men ought to enjoy political rights by virtue of their common human nature, but such rights are not individualistic means for self-actualization.