American Council on Science and Health

Recent demands by mainstream transgender communities insist on Americans conforming to respecting the words people use to describe themselves, including during physician visits and hospital admissions. Transgender people may use many different terms to describe their genders, but the problem with that is that pharmacology doesn’t see it that way.  Since gender is determined at conception, it doesn’t matter how much synthetic estrogen or testosterone one pumps into their body; their biological gender remains.

Physicians, nutritionists, pharmacologists, and pharmacists routinely use dozens of algorithms requiring the specification of male or female to calculate the accurate dosages of the over 20,000 FDA-approved drugs.

For example, multiple published, peer-reviewed studies have shown that certain drugs, like benzodiazepines, may be cleared more quickly in women than men.  CYP3A4 is a human liver enzyme responsible for the metabolism of over 50% of therapeutic drugs and 70–80% of all drugs in current clinical use.  Women have 20-40% times the CYP3A4 activity of men, detailing the noteworthy metabolic difference between men and women.

In all, definitive gender-related metabolism is a critical consideration in establishing doses for some of the most common drugs in every major classification, including psychiatric, antimicrobials, anti-inflammatories, pain control, cardiovascular, immunosuppressive, antiviral, cholesterol-lowering, cancer, asthma, in addition to others.

A complete, hyperlinked, and fully referenced list of sex-specific pharmacology and medical equations independent of this article may be viewed as a standalone addendum here.

Photo by Tim Mossholder on Unsplash Humans are born either male or female. No amount of self-perception, self-identification, or “affirmation” can ever change that. 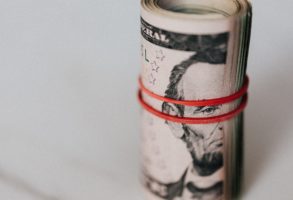 To what end is all this independence?