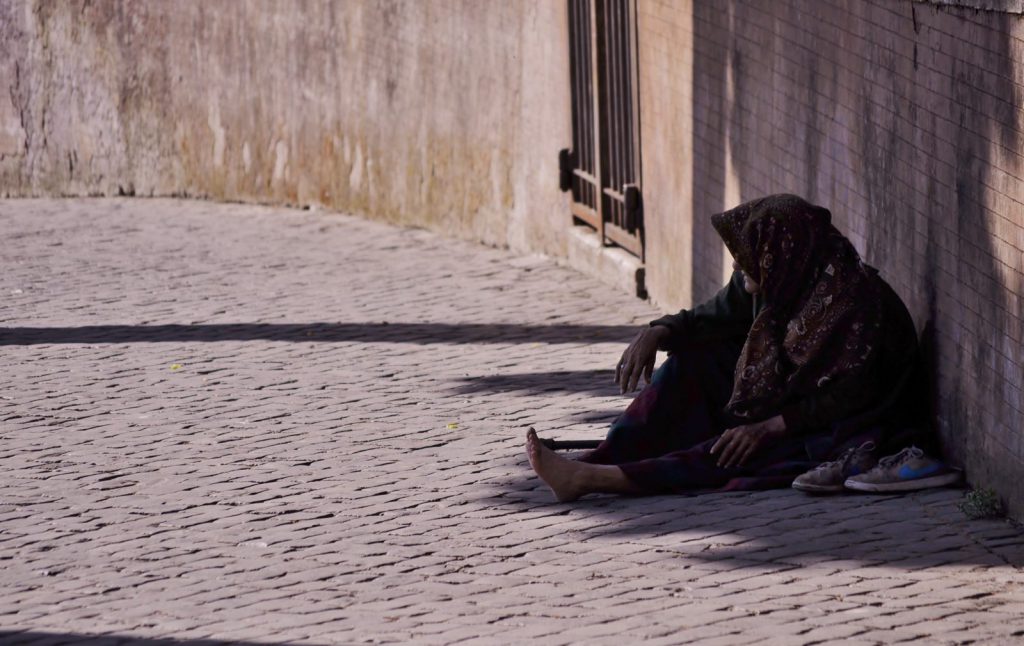 I was more ashamed of my Goodwill clothes than of not speaking English when I first came to America, because I knew that one day I would speak English well, but I did not know whether I would ever have what other people had—the material wealth that made them happy. Out-of-fashion clothes and cheap shoes; shame and ridicule. There was a time when my father took three jobs, and my mother worked also. They had been teachers in Iraq, but they left in the nascent stage of their careers, so they hadn’t built up much. They miscalculated; the profession of teaching doesn’t translate well for immigrants, especially in those days before multiculturalism was cool. So they took what they could find, and worked hard and up. I took a job at age fourteen and in October 1983, just shy of our six-year anniversary in America, we moved into a brand-new home in suburban Southern California.

I gave my paychecks to my father, and in return my mother gave me an allowance so that I could buy new clothes. But the poor years left an indelible mark—they were cruel and turbulent. The innocent and simple girl who stepped off the plane from Athens was long gone. The older I got, the more removed I became from the plight of the less fortunate. And I liked it that way.

One day, early in my journey to the Catholic faith, I muttered to myself: “I hope I don’t have to become a social-justice liberal.” My assumption—among other uncharitable opinions I held at the time—was that Catholics were all a bunch of bleeding-heart liberals. What I meant by that was people who were always trying to help the poor materially, without imparting sound temporal wisdom coupled with the call of the Gospel. I believed that they had a high view of man, that they were too patient with people’s failings, and that they were always trying to give the money of hard-working people to those lazy welfare-takers.

In the end, the way Catholics incarnated the Gospel broke down my haughtiness. And while one can say that I read my way into the Church, Catholicism’s corporeal dimension played a strong supporting role in my conversion.

For over two millennia, men and women have given up earthly possessions, donned simple clothing, and lived with and served the underprivileged. Many are their names, and the Lord knows them all. I learned about Brother Saint Albert while reading Pope John Paul II’s Gift and Mystery. He was a Polish artist who gave up everything and devoted himself to the service of Cracow’s poor. Whether it was Brother Saint Albert, Dorothy Day, or Mother Teresa, my journey to the Catholic faith forced me to study the social doctrine of the Church and rethink my presuppositions.

I read some of the encyclicals in that canon: Rerum Novarum, Laborem Exercens, and Centesimus Annus. I also took a two-year catechetical certificate program, which included a class on Catholic social teaching with the Compendium of the Social Doctrine of the Church for a textbook. It was the best class in the program, partly because the material was new to me and partly because the professor didn’t mind my push-back: “What do you mean private property is not absolute?,” questioned the woman whose immigrant American creed was “Pull yourself up by the boot-straps.” I walked away from that class changed, though still not where I sensed I needed to be. Thank God for that view of history I used to complain about: charitable and patient toward man.

One theme of John Paul II’s from the beginning of his pontificate was the dignity of man. I think this is what first attracted me to his writing. My immigrant experience had eroded my dignity as a girl and young woman; add to that my own sins and weaknesses over the years, and my sense of who I was left me in a quasi-nihilistic state. What the Church said about the dignity of the human person—not just said, but exemplified—moved me to recognize the truth and beauty of being. The poor, the needy, the imperfect became beautiful, because they all had a share in the truth and beauty of Being—God himself.

No longer is my soul disquieted over the words Catholic social teaching. Almsgiving, self-denial, charity, are signs of conversion—my practices are imperfect, but the Gospel moves me from despair to caritas. St. Paul told the Philippians, “I know how to be abased, and I know how to abound, in any and all circumstances I have learned the secret of facing plenty and hunger, abundance and want.” I am unfit to tie the sandals of that itinerant missionary, but I repeat after him, “I can do all things in him who strengthens me.”