An Alternative to Increasing the Minimum Wage

If there’s one blessing in the election of Donald Trump as president of the United States, it’s that it has highlighted one of the worst festering social problems of the country: the slow decline of the working class (not just white), buffeted by the combined social forces of globalization, technology, and social liberalism. Working-class incomes have stagnated for too long, and low-skill unemployment and underemployment are highly problematic. If conservatives are serious, as we claim to be, about upward mobility, this is a problem we can no longer afford to ignore.

Underemployment and low wages in working-class communities have led not just to the loss of the dignity of work, but to a host of ensuing societal diseases that should have conservatives horrified: family breakdown and illegitimacy, drug addiction, crime.

Over the past few years, progressives have congealed around a simple response to this problem: raising the minimum wage. Mandate a higher wage, and bosses will have to pay employees more, and that way they’ll have more money. Hey presto, problem solved! Of course, conservatives know this is crazy. Unintended consequences always exist. A minimum wage is absurd, amounting to a ban on low-skilled people from entering the workforce and climbing the first rungs on the ladder of opportunity. This was always the case, but it is an even more alarmingly absurd idea in the 21st century, when the incentive to simply replace workers with robots is very strong. If the free market causes it, it is fine, but a law encouraging companies to lay off workers to replace them with robots looks like insanity.

But at the same time, the minimum-wage debate has displayed some annoying and all-too-common conservative reflexes. Here’s how it typically goes: Progressives notice a problem. Progressives propose a wrong-headed solution to the problem. Conservatives lambaste the wrong-headedness of the progressive solution. And then . . . that’s it. Too often, conservatives think it is enough to reject progressive answers to problems rather than propose solutions of our own. This is born of a healthy instinct, which is the sober and intrinsically conservative recognition that in a broken world, some problems simply cannot be solved, and intervention only makes them worse. But there are many problems that truly can be ameliorated by conservative solutions. What’s more, proposing good solutions rather than Just Saying No is politically helpful as well. And it happens that there are smart conservative solutions to stagnating wages and underemployment.

A solution that has been kicking around for years solves a big part of the problem of stagnating working-class wages while, unlike a minimum wage, allowing the market to clear. It is called wage subsidies. The idea is just what it sounds like: Employers pay low-wage workers the prevailing market wage, and the government supplements that wage. Everyone wins: The labor market remains efficient, and low-wage workers get real wages for real work. What’s more, in an era of ever-increasing global competition, it would make the American workforce much more competitive.

Before you get agitated about the idea of government subsidies, let’s remember that such a policy is actually in the best conservative tradition. A wage subsidy would be an extension and a reform of one of the most successful poverty-reduction programs in history, and a major conservative policy win: the Reagan-era Earned Income Tax Credit (EITC). The EITC is exactly what it sounds like: a tax credit for low-wage work. It’s the proverbial “hand up, not hand out” on the ladder of opportunity. But while the EITC has done a phenomenal amount of good, it also needs reform. The program is overly complicated, and many eligible families don’t sign up for it. What’s more, it no longer is the 1980s, and the issue of competitiveness has grown ever sharper over the intervening decades.

It’s time for conservatives to go even further than the Gipper and revamp and expand the EITC by turning it into a larger wage-subsidy program. Senators Marco Rubio and Mike Lee have already proposed plans to this effect. It would be a policy and political winner, by increasing the competitiveness of American workers — bringing more industrial employment — and increasing the wages of working-class families, two things that the government desperately needs to do, both to reward the core of the GOP coalition and for the common good more generally. As the issue of tax reform in Congress slowly rises into view, this is an issue conservatives need to rally around. 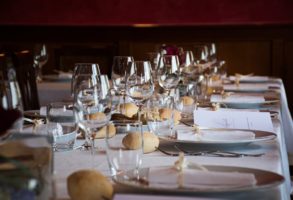