EPPC Fellow Erika Bachiochi’s book The Rights of Women: Reclaiming a Lost Vision, published in July by Notre Dame Press, has been named a finalist for the Intercollegiate Studies Institute’s prestigious Conservative Book of the Year award. The annual award from ISI honors a nonfiction book that contributes to the rich debate about key conservative ideas. The winner of the award will be announced in late January 2022. [Click here to cast your vote for The Rights of Women at the ISI website.]

In The Rights of Women, Ms. Bachiochi explores the development of feminist thought in the United States. Inspired by the writings of Mary Wollstonecraft, Bachiochi presents the intellectual history of a lost vision of women’s rights, seamlessly weaving philosophical insight, biographical portraits, and constitutional law to showcase the once predominant view that our rights properly rest upon our concrete responsibilities to God, self, family, and community. The Rights of Women provides a synthesis of ancient wisdom and modern political insight that locates the family’s vital work at the very center of personal and political self-government. Bachiochi demonstrates that when rights are properly understood as a civil and political apparatus born of the natural duties we owe to one another, they make more visible our personal responsibilities and more viable our common life together.

“Erika Bachiochi’s The Rights of Women represents EPPC at its finest,” said EPPC President Ryan T. Anderson. “This timely book intersects with any number of contemporary intellectual debates—debates about waves of feminism, lost feminisms, and proposed ways of moving forward; policy debates over paid family leave and child tax credits; constitutional debates over abortion and sex discrimination; philosophical debates over rights, duties, and virtues; historical debates over liberalism and the American founding; and much more. Erika draws on the rich wisdom of the past to illuminate a lost thread of feminism that we can recover and gainfully employ today for the benefit of all women, men, and children.” 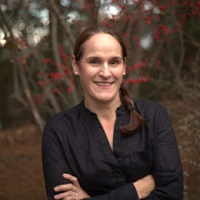 “I am deeply humbled and honored that ISI has named The Rights of Women a finalist for its prestigious Conservative Book of the Year Award. ISI has long brought the best and brightest collegians together to study texts lost from the modern university. I hope The Rights of Women—which reclaims a lost vision of women’s rights—might offer those students a noble way forward, toward more collaborative and edifying relations between women and men,” said Ms. Bachiochi.

Ms. Bachiochi spoke on the themes of the book at a July 2021 event hosted by the Catholic Information Center and co-sponsored by EPPC and the de Nicola Center for Ethics and Culture. The event was moderated by EPPC President Ryan T. Anderson and included responses from Mary Eberstadt and Ashley McGuire.