The Myth of Hitler’s Pope

Was Pope Pius XII secretly in league with Adolf Hitler? No, says Rabbi David G. Dalin?but there was a cleric in league with Hitler: the grand mufti of Jerusalem, Hajj Amin al-Husseini. As Pope Pius XII worked to save Jews from the Nazis, the grand mufti became Hitler?s staunch ally and a promoter of the Holocaust, with a legacy that feeds radical Islam today. In this thoroughly documented book, Rabbi Dalin explodes the myth of Hitler’s pope and condemns the myth-makers for not only rewriting history, but for denying the testimony of Holocaust survivors, hijacking the Holocaust for unseemly political ends, and ignoring the real threat to the Jewish people. Rabbi Dalin discussed these and other issues in his new book The Myth of Hitler’s Pope.

EPPC Senior Fellow George Weigel, the renowned papal biographer, added his own insights to the discussion.. 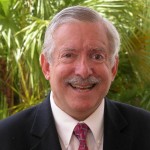 David G. Dalin, an ordained rabbi, is a professor of history and political science at Ave Maria University in Naples, Florida. Rabbi Dalin is the author or co-author of several books, including The Presidents of the United States and the Jews and (with Jonathan D. Sarna) Religion and State in the American Jewish Experience. His articles and reviews have appeared in American Jewish History, Commentary, Conservative Judaism, First Things, the Weekly Standard, and the American Jewish Year Book. He received his B.A. degree from the University of California at Berkeley, his M.A. and Ph.D. from Brandeis University, and his Rabbinic Ordination from the Jewish Theological Seminary of America.