In the 1995 papal encyclical Evangelium Vitae, Pope John Paul II wrote, “Even in the midst of difficulties and uncertainties, every person sincerely open to truth and goodness can . . . come to recognize in the natural law written in the heart the sacred value of human life from its very beginning until its end, and can affirm the right of every human being to have this primary good respected to the highest degree.” Throughout the encyclical, he speaks multiple times of the deep joy that permeates the Gospel message about the goodness of human life and its orientation toward eternity. This is the animating spirit behind all of Catholic doctrine, and it brings particular depth to the Church’s rich tradition on sexual ethics and morality.

Today’s popular culture paints the Catholic Church as a collection of puritans, prudes, killjoys, and scolds. But Catholic teaching on sex, gender identity, and marriage is defined by what it loves, not what it hates; it is defined by a love that seeks the good of every human person. The Church teaches, for instance, that sex should take place only between a husband and wife, not because the Church hates sex and its enjoyment, but rather because the beauty and goodness of sex can only find its proper fulfillment within the bond of marriage.

Modern observers portray Church teaching on matters of sex as a laundry list of nos, but it is in fact one resounding yes—to the goodness of human beings created out of love as men and women in God’s image and likeness, to the beauty of sex designed to unite men and women in marriage, to the truth that bringing new life into the world is a great gift. The Church’s no to abortion is because of a fundamental yes to life, to marriage, to motherhood and fatherhood.

Within this context, it makes great sense that, though we are fighting the great moral evil of abortion, the pro-life movement in the US has always been characterized by a palpable sense of joy. Every year since 1973, when the Supreme Court invented a constitutional right to abortion in Roe v. Wade, pro-life Americans have gathered in Washington, D.C., for the March for Life to mark the anniversary of that ruling. Most years, the day is bitterly cold; many years, the march takes place in the snow. But no matter the weather, the pro-life movement shows up to remind politicians in Washington, Americans across the country, and people around the world that abortion is a grave evil—one that harms the unborn child, the unborn child’s mother, and all of us.

Despite the injustice of Roe and the perpetuation of legal abortion, the March for Life is always a joyful event. Everyone present at the march mourns the tremendous loss of life caused by abortion, to be sure, but the event has never been known for a depressed or angry tenor. Rather, it is full of life, full of song and laughter, full of joy. How can this be?

Because while pro-life Americans mourn the negative effects of abortion, we know that legal abortion is a stain on our nation precisely because of what Pope John Paul II says in Evangelium Vitae: Life is good, every human being is valuable, and the gift of life is a cause for gratitude and celebration. Though the pro-life movement has traveled dark valleys over the past several decades fighting to end abortion, we have, by and large, remained hopeful, with our eyes fixed on the beauty and goodness of creation.

It is this very hope that has brought us to this moment, living as we are in a post–Roe v. Wade America as the result of the Court’s ruling in Dobbs v. Jackson Women’s Health Organization. We are here thanks in large part to the perseverance and tenacity of those pro-life men and women across the decades who refused to give up hope or to permit the evil of abortion to reign triumphant. Today, because of them, we live in a country where we are finally free to enact policies protecting unborn human beings from the lethal violence of abortion. Their example should be a witness to us as we continue the fight for life—and it should remind Catholics, in particular, that we have much to offer a world longing for beauty and truth.

The end of Roe is certainly a cause for joy and an occasion worth celebrating. But it is far from the end of the battle. The Court’s decision to overturn Roe hasn’t settled the question of abortion policy. Instead, it has returned us to where we were in 1973, on the cusp of a national debate over the injustice of abortion and whether our government should protect the human being in the womb. Sadly, the pro-life movement is headed into that debate at something of a disadvantage because fifty years of Roe have enabled abortion supporters to entrench their perspective in the public imagination.

But there remain reasons for hope. For one thing, consider how proponents of legal abortion have responded to the Court’s ruling in Dobbs. Over the past several months, we have heard few outright arguments on behalf of legal, elective abortion throughout all of pregnancy, though this is the policy position of abortion-advocacy groups and of most Democratic politicians at the national level. Instead, media coverage and commentary has focused almost singularly on maternal-health complications such as ectopic pregnancy, miscarriage treatment, and placenta previa.

The pro-life worldview has always held that the life of the mother and the life of the unborn child are of equal dignity and worth and that both deserve to be treated with respect. Our health-care system should always strive to protect the life and health of both the pregnant mother and her unborn child. Abortion is a violation of this principle because it directly and intentionally ends the life of the child in the womb; an abortion where the child manages to survive is considered a failed abortion.

Because pro-lifers believe that both mother and child have dignity and deserve care, pro-life laws have always permitted doctors to offer treatment to pregnant mothers in life-threatening emergencies, even if those treatments might have the foreseen but unintended consequence of harming the unborn child—as in the case of an ectopic pregnancy, when the embryo implants somewhere outside the uterus and cannot continue to develop without threatening the life of his or her mother.

Likewise, if a pregnancy complication is threatening a woman’s life or physical safety, doctors are permitted to deliver her baby early, even if the child is too young to survive outside the womb. These treatments, like treatment for a woman suffering a miscarriage, have never been considered unethical, because they don’t aim to kill the unborn child; they aim to save the mother while still doing everything possible to care for the child. Well-formed Catholics, of course, are familiar with this line of reasoning, known as the principle of double effect.

These types of complicated medical situations have become more difficult for the public to understand in a society that has embraced abortion as a form of health care. Abortion is never medically necessary, yet we are used to hearing it called “reproductive health care” and to hearing Planned Parenthood, the nation’s largest abortion business, call itself an “essential women’s health-care provider.”

In a society and health-care system that understood mother and child to have equal dignity and value, it wouldn’t be hard to explain the difference between killing and life-saving care. It wouldn’t be hard to understand why a law protecting unborn children from abortion doesn’t prevent doctors from caring for a pregnant mother in a risky situation.

In the weeks after the Dobbs ruling, progressives warned that supposed constitutional rights to contraception or gay marriage would be taken away next. Some even went so far as to say that Justice Clarence Thomas would vote to overturn the decision protecting interracial marriage. And, of course, we saw endless scaremongering on miscarriage and ectopic pregnancy. It is telling that this line of argumentation has been the main advocacy from supporters of legal abortion in the wake of Dobbs. It suggests that these activists are aware of how unappealing their real preference on abortion policy is: unlimited abortion throughout all nine months of pregnancy and at taxpayer expense. Very few want to publicly defend this, the official platform position of one of our major political parties. Instead, they talk about women’s health because they realize that most Americans rightly sympathize with pregnant mothers in risky health-care scenarios. One major challenge facing pro-lifers is communicating to those Americans that we sympathize with women, too, that it is the pro-life worldview and not the abortion-rights movement that truly embraces and cares for pregnant women in need.

In our new book, Tearing Us Apart: How Abortion Harms Everything and Solves Nothing, we dedicate the second chapter to examining how five decades of legal abortion have harmed American women. There we make two central arguments. The first concerns the negative effects of abortion on women who obtain them, including both immediate and long-term physical complications, as well as the long-term effects of psychological distress on women who come to regret having chosen abortion.

But we also focus on how the widespread acceptance of legal abortion has fueled an anti-woman culture. The argument for abortion stems from the notion that women’s bodies are defective, that the male body is the norm or the ideal, that pregnancy and childbearing are a problem—and therefore that women will remain subjugated and unequal to men unless they can use contraception and abortion to enjoy sex without having to deal with pregnancy. Sadly, in the case of abortion, that supposed freedom requires women to engage in an act of violence against their own children, which is hardly the liberation feminists said it would be.

This is a deeply anti-woman view, arguing that healthy, fertile women are oppressed by the natural working of their bodies. We cannot understand how deeply entrenched this view has become in modern culture without understanding how it is inextricably linked to the Sexual Revolution. It is a fact that men and women participate in sex differently; women can become pregnant, and men can’t. Second-wave feminists in the 1960s and ’70s argued that this reality makes women unequal to men and that therefore women need abortion so that they can participate in sex the same way that men do, in order to be free and equal, in order to control their lives.

Ryan T. Anderson, Ph. D., is the President of the Ethics and Public Policy Center. 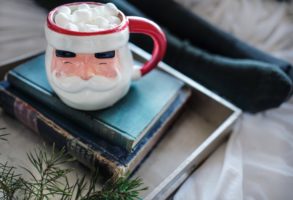