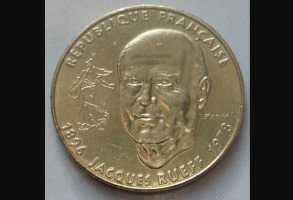 There have always been only three alternative solutions to the Triffin Dilemma–the inherent conflict of a reserve-currency country’s economic policy with international monetary order—and only one has ever worked in the real world. The official reserve-currency system causes the domestic price level to rise in the reserve-currency country, relative to other countries, even when exchange rates remain (temporarily) fixed–a competitive disadvantage that tariffs can only worsen, and only proper monetary reform can fix.

Now, as in 1929 and 2008, Americans need real protection from economic harm. But this harm is not caused by immigrants or foreigners, but by the reserve currency scheme of John Maynard Keynes, and the currency wars which his scheme has caused for a century.

Though most economic inequality–both between and within countries–is due to differences in what Nobel economics laureate Theodore W. Schultrz called ‘human capital’,’ the current monetary system also breeds systematic economic inequality among American households.