Leading up to the Brexit vote, I, like so many others, was sure Britain would vote to remain in the European Union. I was certain the endless pummeling by experts, the endless fear-mongering, would all pay off like it did for the Scottish referendum.

I was wrong, and happily so.

The Leave campaign received 52 percent of the vote, while Remain garnered 48 percent. The UK has voted to leave the European Union.

And you know what? Britons did the right thing.

Democracy is tricky. It relies on a proper balance between elite consensus and populist outcomes. You can’t have a direct democracy, and the majority of people is not a body qualified enough to make most decisions that a government makes. That’s why you need a ruling elite.

Most of the time, this ruling elite is a good thing. But sometimes a ruling elite can go bad. It can close in on itself. It can become ideological. It can grow its own set of values and mores distinct from those of the people it is supposed to serve. In that case, the elite and the people become adversaries.

This is the disease of democracies, and it had infected Britain.

This kind of disease needs to be treated, because the longer it endures, the sicker a democracy becomes. And when that happens, there are several possible outcomes: The first is the elite become self-searching, self-aware, realize that they haven’t been serving their people well, and rethink and readjust. That first scenario almost never happens, because many elites look down on the rest of society.

The second is the elites ignore their people for so long that the whole system implodes. The people are so fed up with the elites, they’re driven to do something really dramatic. One obvious example of this playing out in recent history is the rise of Donald Trump in America.

No doubt some people would call Brexit dramatic, or even drastic. The voters did something reckless to get back at their leadership.

But what’s really important here is that the British people have done something eminently responsible. They voted for liberal democracy in response to elites that have been out of touch for decades and have tried to ram an unpopular, doomed-from-the-start project of a Federal Europe down their throats.

It’s enough to make you believe in democracy. 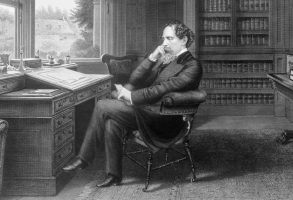 Britain will now be free to chart its own course in the global economy. The harder questions, however, have yet to be settled.