Section 230 of the Communications Decency Act, as written, does not let internet companies off the hook for their own misconduct. So while Facebook, for example, is immune from legal liability for its users’ posts, it is still liable when its own products facilitate human trafficking. Unfortunately, under current judicial precedent, Section 230 has been interpreted in a way that gives blanket immunity to internet platforms, to the point that tech companies face little or no liability from even their own wrongdoing. The proper interpretation of Section 230 is thus long overdue for review by the Supreme Court—and now there is an opportunity.

A petition for writ of certiorari was recently filed in the case of Jane Doe v. Facebook. The petitioner, Jane Doe, was sex trafficked as a minor after Facebook’s products connected her with a trafficker. Facebook asserts that it is completely immune from this suit under Section 230, which states that “no provider or user of an interactive computer service shall be treated as the publisher or speaker of any information provided by another information content provider.”

The Texas Supreme Court concluded that this provision granted Facebook sweeping immunity on all but one of the petitioner’s claims. It did rule, however, that Facebook can be held liable for facilitating sex trafficking pursuant to a state anti-trafficking statute, denying the social media company Section 230 immunity on that claim.

It may be surprising, then, that the plaintiff’s counsel still appealed to the Supreme Court after this apparent victory. But as they explain in their petition, it is concerning that the Texas court felt constrained by existing precedent to hold that Facebook was immune from all but one of the petitioner’s claims. The Texas court stated that it was reluctant to depart from how other courts had interpreted Section 230 because it expected the U.S. Supreme Court to conclusively address the statute’s scope.

The petition now asks the Supreme Court to consider whether Section 230 provides internet platforms immunity from suit in any case that arises from the publication of third-party content, regardless of the platform’s own misconduct.

Justice Clarence Thomas certainly seems keen to take on Section 230’s interpretation with the right case. As he wrote in his statement denying a writ of certiorari in the case of Malwarebytes Inc. v. Enigma Software Group USA, LLC,”in an appropriate case, we should consider whether the text of [Section 230] aligns with the current state of immunity enjoyed by Internet platforms.”

Justice Thomas is not alone. Judges across the political spectrum, including the late Chief Judge Robert Katzmann (a Clinton appointee) on the Second Circuit and Judge Marsha Berzon (also a Clinton appointee) on the Ninth Circuit, have also called for a more narrow reading of Section 230 immunity. The need for such a reinterpretation goes back to the Fourth Circuit’s decision in the 1997 case of Zeran v. America Online, Inc. The court in Zeran declared that Section 230 created a “broad immunity” (although the statute itself does not speak in terms of immunity) that protected websites from both distributor and publisher liability (although the plain terms of the statute addresses only publisher liability). Zeran set a bad precedent that other courts followed and expanded upon.

In Jane Doe v. Facebook, the petition explains how the Zeran precedent flouts the statute’s plain language and immunizes Facebook for its own wrongdoing. It argues that the platform’s algorithms steer minors toward preying adults, helping connect traffickers to potential victims. Facebook knows that it is facilitating sex trafficking on its platforms, but does so anyway in order to maximize its profits.

These are Facebook’s own products and actions. The company shouldn’t be immune from common law claims like negligence, gross negligence, negligent undertaking and products liability (as alleged in this case). What happened to the petitioner in Doe resulted from the company’s own wrongdoing—and for that, it should be held liable.

It seems Justice Thomas would agree. In his Malwarebytes statement, he explained that Section 230’s scope is actually much narrower than its current interpretation. “Courts also have extended §230 to protect companies from a broad array of traditional product-defect claims,” he wrote. “A common thread through all these cases is that the plaintiffs were not necessarily trying to hold the defendants liable ‘as the publisher or speaker’ of third-party content. §230(c)(1). Nor did their claims seek to hold defendants liable for removing content in good faith. §230(c)(2). Their claims rested instead on alleged product design flaws—that is, the defendant’s own misconduct.”

The prevailing interpretation of Section 230 is long overdue for the Supreme Court’s plenary review. The role internet companies play in our society has changed drastically since 1996, when the law was written. Section 230 has now been addressed by every U.S. court of appeals, as well as many other lower courts, but the Supreme Court has not yet considered its scope.

Now is the time for the Court to address the flawed interpretation of Section 230 that has given sweeping immunity to Big Tech companies for real harms they have committed. Jane Doe v. Facebook provides the perfect opportunity.

Clare Morell is a Policy Analyst at the Ethics and Public Policy Center, where she works on EPPC’s Big Tech Project. Prior to joining EPPC, Ms. Morell worked in both the White House Counsel’s Office and the Department of Justice, as well as in the private and non-profit sectors. 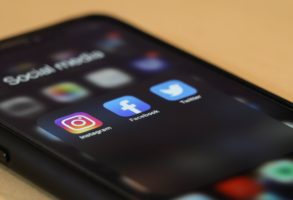