Religious Freedom Is Not a Boon Granted by the Benign State 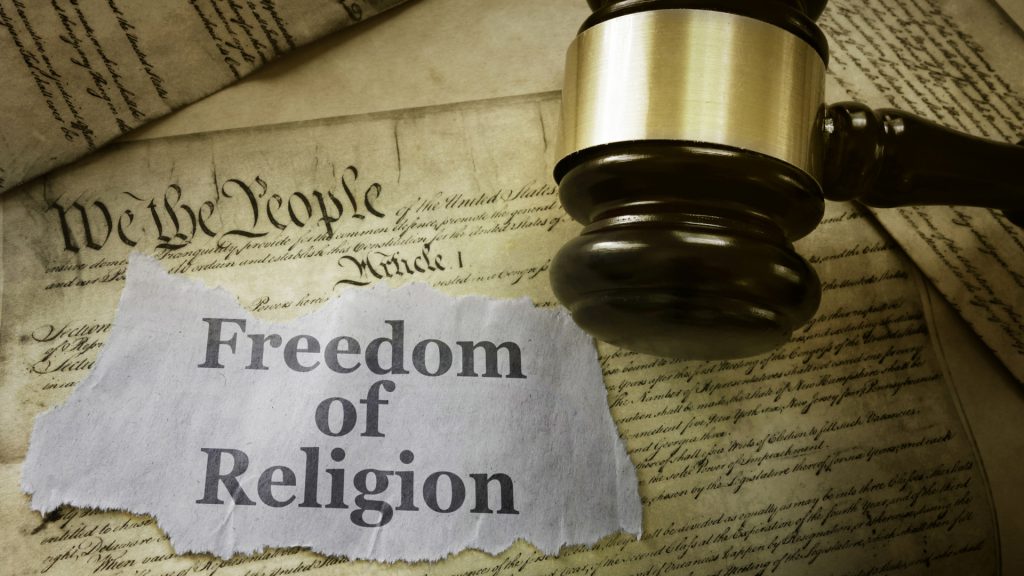 Sometimes the mask slips. Sometimes the curtain is drawn back prematurely. And then the reality of things comes into clearer focus.

That is what happened when the April 20 edition of the Washington Post, the nation’s premier political newspaper, hit the breakfast tables or popped up on the screens of its readers. For April 20’s lead editorial, “Faith at a safe distance,” began with a sentence that subtly (and perhaps unintentionally) revealed the substratum of a certain progressive mindset: “The Constitution’s First Amendment confers religious liberty….”

Before getting into why that’s wrong, it should be said that, while the Post’s news content has deteriorated over the years, its editorial page still shows occasional good sense, especially on foreign policy issues, where the Post has long been a staunch defender of human rights. Unlike the New York Times editorial page, which is a daily parody of political correctness, the Post’s editors seem to remember on occasion (and when the issue at hand is not the abortion license or the latest LGBTQ agitation) that there are certain first things in public life that are not defined politically and that in fact stand in judgment on our politics and our laws.

All the more reason, then, to be brought up short by the startling assertion that the First Amendment to the Constitution “confers” religious liberty, as if religious freedom were a gift from the benign state. That was certainly not James Madison’s understanding of the roots of religious freedom. And while the debate among political theorists and legal scholars as to whether the Constitution should or should not be read “through” the Declaration of Independence will continue, it certainly wasn’t the view of the Founders who pledged their “lives, fortunes, and sacred honor” to the defense of certain “unalienable rights.”

By that unwieldy word “unalienable,” the Founders meant “rights” that were inherent in individuals by reason of their very humanity: rights that a just and rightly-ordered state was obliged to acknowledge and protect in both constitutional and positive law. That was a fundamental truth on which their forefathers had insisted in Magna Carta; and the expansion of the range of persons possessing “unalienable rights” was the story of the expansion of freedom throughout the English-speaking world. That was the “narrative” within which the Founders and Framers thought. Within that narrative, and on that understanding of certain rights, they wrote the First Amendment, which does not “confer” religious liberty: it recognizes the religious freedom the people already and always possess as an unalienable quality of their personhood.

As it happens, the fathers of the Second Vatican Council, many of whom did not think within that Anglosphere narrative of the history of political liberty, nonetheless taught a strikingly similar concept of religious freedom:

The Vatican Council declares that the human person has a right to religious freedom. Freedom of this kind means that all men should be immune from coercion on the part of individuals, social groups, and every human power so that, within due limits, nobody is forced to act against his convictions in religious matters in private or in public, alone or in association with others. The Council further declares that the right to religious freedom is based on the very dignity of the human person as known through the revealed word of God and by reason itself. This right of the human person to religious freedom must be given such recognition in the constitutional order of society as will make it a civil right. [Dignitatis Humanae, 2, citing the teaching of John XXIII, Pius XII, Pius XI, and Leo XIII]

As the parenthetical phrase, “within due limits,” indicates, the Council recognized that the constitutionally affirmed civil right of religious freedom could and must be regulated by positive law and state regulatory authority. The legitimate boundaries of that regulation have been contested, are being contested today, and will certainly be contested in the future: those debates are part of the warp and woof of democratic life, and their vitality is one index of the vitality of a democracy. Those who doubt that need only ponder the circumstances of believers under regimes like that of communist China, where “regulation” of “religious associations” is a function of the Communist Party, acting on behalf of the Chinese state: an arrangement that enforces the state’s assertion that religious associations must, first and foremost, advance the official state ideology and thus advance state objectives.

Whether the several states and the religious communities of the United States have handled the unique dangers posed by Covid-19 well is a subject for legitimate debate. (My own view is that the Catholic Church in the United States has thus far, with some exceptions, acted prudently in this pandemic – and that its prudence is an exercise of charity in service to the common good, not a series of supine concessions to public authorities.) That debate will and should continue, as our federal system allows (or should allow) various experiments in rolling back the quarantine and lockdown that, as the Post editorial rightly noted, have proven themselves effective measures against the transmission of a virus whose properties remain incompletely understood.

Just governments have obligations to protect religious freedom as an unalienable right of persons, and to regulate its exercise for the sake of the common good. They will do that regulation properly if they keep that prior obligation firmly in mind, and resist the temptation to imagine that they “confer” religious freedom on the people they serve.

It would be helpful if the Washington Post would recognize that, too.