This is a strange time for friendship. A startling YouGov poll from July 2019 reports that nearly a quarter of millennials claim to have no friends at all, and a full 27 percent say they have no close friends. The survey questions exclude family members and romantic partners from the definition of friend, but the results are nonetheless troubling.

The poll attributed the challenges millennials face in forming friendships to things like shyness or a lack of hobbies that are conducive to cultivating friends. App makers have rushed into the breach with offerings like REALU, which matches users with nearby potential friends based on activity preferences. Others, like Meet My Dog and Atleto, provide opportunities to meet people based on niche interests. Bumble BFF and Friender allow users to swipe right or left on friend matches. Millennials, it seems, have begun to approach friendship like dating: swiftly selecting options from an endless and endlessly customizable menu. This approach makes some sense, and has no doubt helped alleviate the loneliness many millennials feel, but it also offers a thin view of friendship and people.

In The Closing of the American Mind, Alan Bloom famously lamented the replacement of the term “love affair” with the more anodyne “relationship,” which suggested a bloodless project lacking content and direction. But he also lamented the loss of friendship, arguing that diffidence and rootlessness, rather than trust, characterize human connections of all sorts. “The pervasive feeling that love and friendship are groundless,” Bloom wrote, has led young people “to give way to the much vaguer and more personal idea of commitment, that choice in the void whose cause resides only in the will or the self; . . . but they are haunted by the awareness that the talk does not mean very much and that commitments are lighter than air.”

Bloom went on to define true friendship as the combative sort that existed between Plato and Aristotle:

The real community of man, in the midst of all the self-contradictory simulacra of community, is the community of those who seek the truth: of the potential knowers: that is, in principle, of all men, to the extent they desire to know. But in fact this includes only a few: the true friends, as Plato was to Aristotle at the very moment when they were disagreeing about the nature of the good. Their common concern for the good linked them; their disagreement about it proved they needed one another to understand it; they were absolutely one soul as they looked at the problem. This, according to Plato, is the only real friendship, the only real common good.

C. S. Lewis similarly argued that a vital type of friendship requires a certain kind of tension. In his memoir Surprised by Joy, Lewis distinguished between what he termed the “First Friend,” who “reveals to you that you are not alone in the world by turning out (beyond hope) to share all your most secret delights,” and the “Second Friend,” whose companionship is far more challenging:

The Second Friend is the man who disagrees with you about everything. He is not so much the alter ego as the anti-self. Of course he shares your interests; otherwise he would not be your friend at all. But he has approached them all at a different angle. He has read all the right books but has got all the wrong things out of every one. It is as if he spoke your language but mispronounced it. How can he be so nearly right and yet, invariably, just not right? . . . When you set out to correct his heresies, you find that he forsooth has decided to correct yours! And then you go at it, hammer and tongs, far into the night, night after night; or walking through fine country that neither gives a glance to, each learning the weight of the other’s punches, and often more like mutually respectful enemies than friends. Actually (though it never seems so at the time) you modify one another’s thought; out of this perpetual dogfight a community of mind and a deep affection emerge.

This vision of friendship as a kind of striving, or even battle, is also reflected in Jewish tradition. The established way to study Talmud, the collection of writings that form the basis of Jewish law, is with a partner, known as a chavrusa. These partnerships are designed to be intense, boisterous, and argumentative. At stake is truth itself, the proper way of understanding the Almighty’s will.

Outcomes aside, the debates appear to have a refining quality. The Talmud goes so far as to suggest that those who study in solitude are fools, whose wisdom will not be retained, and who will not gain from the “sharpening” that discussion provides. Stories of famous debate partners appear throughout the thousands of pages of Talmudic text, but one pairing particularly stands out for its strange beginning and tragic end.

Reish Lakish and Rabbi Yochanan met under odd circumstances. Rabbi Yochanan, a great Talmudic scholar, was bathing in the Jordan River when Reish Lakish, a notorious bandit at the time, pursued him for reasons that are unclear—most likely because he wished to rob him, or because he had mistaken the sage for a woman from a distance. Despite the alarming nature of their first meeting, Rabbi Yochanan convinced Reish Lakish to abandon his sinful behavior and instead devote his great energy to the study of Torah.

An outstanding pupil, Reish Lakish eventually became Rabbi Yochanan’s greatest learning partner. They disagreed constantly, and their debates appear on nearly every page of the Talmud. The friendship ended badly, however, a result of a few cutting words in the midst of an argument. Reish Lakish fell ill and died not long after, and Rabbi Yochanan was inconsolable. To alleviate his grief, several rabbis proposed that Rabbi Yochanan study with another brilliant scholar, Rabbi Elazar ben Pedat.

Rabbi Elazar might have fit the profile of Lewis’s First Friend: he not only agreed with Rabbi Yochanan’s every suggestion, but found creative ways to support his arguments. This, however, only exacerbated Yochanan’s sense of loss. “Are you comparable to [Lakish]?” he cried. “For every idea I put forward, he would raise twenty-four challenges, to which I would respond with twenty-four answers.” In this way, Rabbi Yochanan contended, their understanding and the law itself would expand and be clarified. He spent the remainder of his days calling out for his friend, until he lost his senses and died soon thereafter.

The story may be confusing and cryptic, but it underscores the idea that there is something significant at stake in forging a friendship, and that a friend is more than a form of entertainment. The utilitarian way in which app designers would have us pick friends off a menu reflects quite the opposite approach. Friendships are viewed as more comfortable and more disposable than Bloom, Lewis, and the Talmud suggest they ought to be.

The Talmud addresses this idea elsewhere. In Chapter Five of the tractate known as “Ethics of the Fathers,” it notes that any love contingent on a particular quality—beauty, wit, a similar hobby, and so on—will cease once that quality ceases. But a love that is unconditional will endure. The transactional nature of friendship today seems too often to fall into the former category. And as Bloom noted, this transactional approach, with its overemphasis on personal fulfillment, makes people timid.

There’s good reason for this: it’s all too easy to exit modern friendships, and there’s little moral opprobrium attached to things like “ghosting”—especially when one need never see the person at the other end of an app again. Intellectual fearlessness in almost any direction might be hampered by today’s cancel culture. Even the ubiquity of text-messaging likely makes people more safely distant from one other. But to recover more meaningful forms of friendship—the bold endeavors of soul depicted in the Talmud and by Lewis—it seems we must be less afraid.

A modern example might be found in the friendship between Supreme Court Justice Ruth Bader Ginsburg and the late Justice Antonin Scalia. In a tribute to her “best buddy,” following his passing, Ginsburg noted that when she “wrote for the Court and received a Scalia dissent, the opinion ultimately released was notably better than [her] initial circulation.” She also expressed appreciation for how Scalia disagreed. In the case of U.S. v. Virginia, for example, Ginsburg’s opinion for the majority ended the male-only admissions policy at the Virginia Military Institute, and Scalia wrote the sole dissent. He gave it to Ginsburg almost immediately so she could properly respond. As Ginsburg put it, “He absolutely ruined my weekend, but my opinion is ever so much better because of his stinging dissent.”

Ginsburg also quoted from a satirical opera about their friendship, titled “Scalia/Ginsburg.” Toward the end of the opera, tenor Scalia and soprano Ginsburg sing a duet: “We are different. We are one.” To Ginsburg, this meant they were “different in [their] interpretations of written texts, one in [their] reverence for the Constitution and the institution [they] serve.” Tributes to Scalia’s and Ginsburg’s friendship often praise the pair’s ability to overlook their differences, rather than acknowledge those differences as essential to their bond. Others, such as Notorious RBG author Irin Carmon, have applauded their “bipartisan spirit.” But it wasn’t their interest in seeking compromise, but their willingness to challenge one another in the pursuit of truth, that seems to have formed the basis of their mutual esteem. In other words, they were united by respect for a common good.

There are any number of obstacles to achieving this type of friendship today. For one thing, consorting with ideological opponents can come at a social cost. Ellen DeGeneres was recently lambasted for sitting next to George W. Bush at a football game—so much so that she issued a widely circulated public defense. And there are countless examples of conservative students being shunned or silenced at universities. But totalitarian tendencies on the left aside, cultivating a Second Friend entails another kind of challenge: putting aside pride and being willing to risk being wrong.

This sort of humility isn’t celebrated much today. In many ways, it runs counter to cultural norms regarding autonomy and the pursuit of one’s authentic self. This reverence for the self, combined with the notion that even clashing values can be equally valid, breeds an odd sort of arrogance and soft nihilism. The Second Friend—which is perhaps the true friend—checks these corrosive tendencies. Restoring an ideal of the Second Friend will entail restoring a sense of common good and objective truth.

Devorah Goldman is a visiting fellow at the Ethics and Public Policy Center, and a research analyst for the Tikvah Fund. 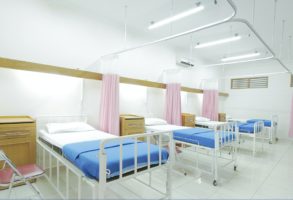