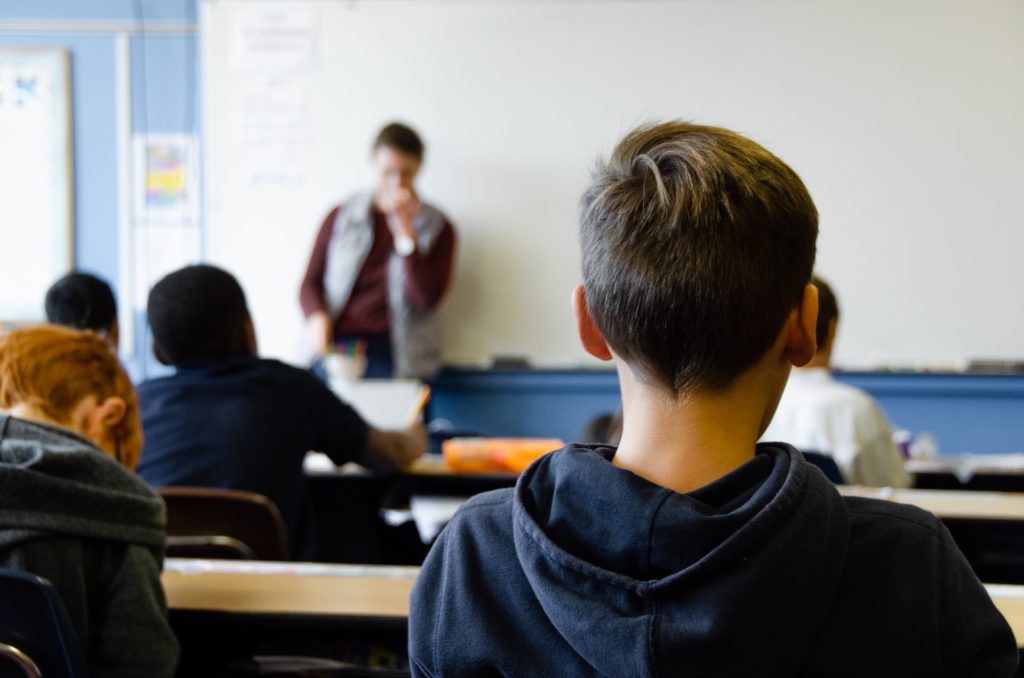 The woke assault on core American principles such as freedom of speech and individual merit germinated in the 60s, matured in the American academy in the late 80s and 90s, achieved dominance on campus in the early decades of the millennium, then spread in just the past few years out of the quad and into the leading institutions of the country at large.

This transformation moved slowly at first, then took hold seemingly everywhere at once. That’s because a generation of America’s elite has been steadily imbued with an alternative set of beliefs. Those beliefs were inculcated full force during the college years and to an only somewhat lesser extent in K–12. Once the recipients of this (mis)education reached critical mass, a direct challenge to core republican principles became viable. Meanwhile, the decline of religion has helped transform the new belief system into an alternative faith, lending tremendous energy to its acolytes.

Yet the legions of woke possess a strength which in time may become a weakness. For every convert to the faith, one or two others are merely cowed into silence. The sword of the wokerati is the accusation of racism or bigotry. Woke illiberalism rides on the power of liberal principle itself. Because Americans dread being shamed for any betrayal of our core belief in individual merit or worth, we shrink from anything that might provoke such an accusation, whether the charge be true or not.

This fear supplies the woke with a formidable strategy: expand accusations of racism and bigotry to cover any disfavored policy or principle, including even the very nature of our constitutional republic and the norms that support it. Neither the Constitution nor its underlying principles can reply to such accusations. Only individuals can do that.

Yet any given person who gainsays false charges of racism risks being attacked as a racist himself. For decades, the calculus has been the same. It is not worth the cost of fighting back against promiscuous charges of racism, even — or especially — when accusations are expanded to cover intellectual traditions, institutions, or systems. Once a critical mass of accusers stand watch over the false charges they generate, silent and sullen acquiescence is the sensible response.

Thus, woke dogma has gained acquiescence from students cowed by peer pressure, administrators who dread disruption and bad publicity, and now editors and corporate leaders who fear the same. The calculus counsels surrender, whether individual or institutional reputation is at stake.

When this process started, decades ago, it was college administrators who shrank from defending academic freedom, free speech, individual merit, and the teaching of the civilizational tradition out of which these principles emerged. Once false accusations of racism were laid on the table, college presidents folded and the game was lost. As this same dynamic of accusation and sullen surrender spreads beyond the academy to society as a whole, not only the theory but the substance of our constitutional system and the mores that uphold it hang in the balance.

Yet someone holds the power to reverse this decades-long trend: parents.

The irresistible force has at last butted up against an immovable object. Just when the calculus of individual caution green-lighted the most extreme and openly racist versions of woke ideology — the assault on so-called whiteness and the 1619 Project’s false version of American history — parents entered the picture. It took parents to finally say no.

The question now is whether the momentum of societal decay can be reversed instead of merely halted. Can rebellious parents go on offense against the woke seizure of our culture?

Here is a way to begin.

True, college Western civilization courses now barely exist. Longtime holdouts have lately been crushed, and a movement to “decolonize the curriculum” is on the march. Woke classicists are actively working to destroy their own discipline. In such circumstances, restoration may seem impossible. It is not. There is a way for a counter-woke revolution to strike back. The path to restoration runs through states and local school districts, where parents rather than academic ideologues hold the initiative.

Traditionally, the latest trends in leftist ideology percolate down from universities to K–12 by way of state standards and textbooks, although the process can take years to play out. Once Western civilization was expelled from the halls of academe, statewide K–12 history standards dumped the term and started teaching “world history” instead. At first, statewide K–12 world history standards remained largely focused on traditional Western Civ content, even if under a new name.

Over time, however, the academic “world history movement” began to purge K–12 standards of their “Eurocentric” content and replace them with education for “global citizenship” and the leftist version of “social justice” instead. The point was to undercut our sense of national and civilizational identity, creating one-sided political activists in the process.

Often, this shift is engineered under the noses of conservative legislators and governors by the woke bureaucrats and consultants who dominate even red-state education departments. Republican-appointed state education leaders are either disinclined to challenge the left-leaning professors, bureaucrats, and curriculum subject specialists they rely on, or are sufficiently unfamiliar with the latest academic codewords even to realize they’re being conned. A veritable industry of education consultants now specializes in language games and clever strategies designed to hijack state K–12 standards and turn them to leftist ends, without state legislators, governors — or parents — catching on.

But what if states and local school districts were to actively push back against all this? Instead of blindly following the lead of the woke education-school graduates who populate state bureaucracies, state office-holders and local school boards could pursue a return to the teaching of Western civilization. (This does not mean eliminating the study of non-Western history, by the way.)

This program would require the active leadership of governors, legislators, and school-board members determined to get out from under the leftist education monolith now killing our culture. With parents across the country activated by the fight against critical race theory, this strategy has a chance of success. Yet it requires that governors and legislators appoint state education officers who are not the usual suspects, and explicitly charge them with restoring Western civilization to the K–12 curriculum. It will also require the creation of new curriculum material on Western civilization that can be adopted at the local school-district level. Non-profits such as American Achievement Testing (AAT Education) are already beginning to do this for U.S. history and civics. Curricula in Western civilization could follow.

It won’t be easy. But instead of blindly following illiberal academic fashions dictated by a politicized academy, states and school districts have the power to actively resist these trends. If a series of red states and school districts were to restore the teaching of Western civilization at the K–12 level, it would serve as a powerful cultural counterweight to the woke ascendency. To be sure, a campaign to restore the teaching of Western civilization would raise the hackles of the entire American education, media and cultural establishment. Yet a public debate over Western civilization’s role in shaping our republic is precisely what we need. Once parents, rather than woke education bureaucrats, are in the driver’s seat, victory is achievable.

With college students shouting down visiting speakers while holding placards that say “rule of law=white supremacy” or “liberalism is white supremacy,” it is apparent that something in this country has gone terribly wrong. A recent survey showed that two-thirds of college students favor speaker shout-downs, while nearly a quarter say they’d go so far as to use violence to stop a speaker with whom they disagree. These students no longer understand what classical liberalism or the rule of law represent, how difficult they were to develop and secure, or how precious and fragile they remain. The woke ascendency aims to solidify the slogans on those placards with a curriculum built around claims of “systemic racism.” In more ways than one, that would mark the decline and fall of Western civilization.

It is no coincidence that the generation of students who approve of shouting and violence as ways to deal with speakers with whom they disagree knows little of ancient Greek democracy, Roman law, the Magna Carta, the common-law tradition, the Judeo-Christian sources of liberal democracy, Enlightenment philosophy, and so much more that used to be taught as a matter of course in our schools. It’s not uncommon for state-level K–12 history standards to omit the European Middle Ages altogether. The history of liberty and its development over millennia in the West — once the centerpiece of American education — is now barely emphasized. If anything, great effort is expended to ensure that this story — our story — cannot be told.

Parents can change all of this by refusing to accept top-down orders from the woke higher-education establishment. Instead, they can push back from below by way of school boards and state legislatures, not only by blocking CRT, but by restoring the teaching of Western civilization to our schools.

When Stanford University killed off its Western Civ course over 30 years ago, conservatives warned that something more than a graduation requirement was at play in the debate. Without that course of study, they said, our way of life would be endangered. Western civilization itself, they argued, was at stake in the debate. That claim was mocked by leftist critics and cowardly administrators alike, but time has borne out the warnings. With liberty itself increasingly rejected, even as an ideal, by the rising generation, the continuity and flourishing of our civilization can no longer be taken for granted.

It is not too late to repair the damage. Parents take note. Killing off Western Civ got us into this mess. Bringing it back gets us out.