If You Don’t Find Your Identity in a Family, You’ll Look For It in the Primal Screams of Identity Politics With Primal Screams: How The Sexual Revolution Created Identity Politics, Mary Eberstadt rounds out her insightful analysis of the sexual revolution which she began with her first book, Home Alone America. We see a thinker who has grappled with her subject for an extended length of time, one who has understood its complexity and analyzed it from a variety of perspectives, a thinker who has given her readers a body of work to build on—one deserving of its praise.

In Primal Screams, Eberstadt argues that today’s identity politics arose from the deep anthropological wound slit open by the sexual revolution. That is, the ascent of identity politics reveals that people are having an identity crisis, and they are having an identity crisis because the sexual revolution resulted in family—and, by extension, individual—breakdown. This sent mankind throughout the West into a crisis. The fundamental question “Who am I?” can no longer be answered outright. When it is answered, it is answered via ersatz identities. Eberstadt calls this question “the preeminent psychic howl of our time.”

The book progresses much like her earlier work, How the West Really Lost God. It begins with a summary of the subject matter thus far, an outline of her new theory (“The Great Scattering”) where she demonstrates via social and cultural analysis the scattering of human families, three chapters of impressive supporting evidence to show the connection between The Great Scattering and the contemporary manifestation of identity politics, and a conclusion. Unlike her previous book, however, after the conclusion we are given an opportunity to read responses by Rod Dreher, Mark Lilla, and Peter Thiel to her ideas. The book concludes with an afterword, in which Eberstadt gives a brief rejoinder.

The question “Who am I?” has been with us since Eden, along with other questions like “Where do I belong?” “What is the purpose of my life?” and so on. These questions and others like them are the “quest for meaning which has always compelled the human heart,” as Pope John Paul II wrote in Fides et Ratio. There was a time when these questions were answered with more certainty through the many spheres of a person’s belonging: immediate and extended family, friendships, religion and religious community, and other spheres of attachments, including one’s city. As I wrote in National Affairs, the shared bonds between the people in these overlapping spheres shape each one’s identity, and gives the person a sense of self as part of a greater whole. Today, man is in a grave identity crisis, not because he’s asking (or not asking) the question “Who am I?” but because the thickness of life that used to offer meaningful answers has thinned down to gauze.

What caused this thinning down? Thinkers and writers disagree, giving different answers to that question. I have argued that the root cause is a breakdown in our metaphysical understanding of the world and of the human person, and that the seeds for this loss were sown by Ockham and Luther, well before Descartes and Voltaire. As with the course of many ideas, some sow, others water, yet others reap the harvest. But why did this metaphysical ripping begin in the first place? Well, the answers to that must be taken all the way back to the Garden, when Adam and Eve appropriated to themselves the prerogative to decide what is good and what is evil.

Man’s history is a story of oscillations. We drift back and forth between times of allowing God his rightful claim to authority over that question, and times of ripping it out of his hands and claiming that authority for ourselves. This happens in man’s historical arc, and it happens particularly within each person’s life journey.

In his response to Eberstadt, Mark Lilla complains that conservatives are “addicted to narratives of decline,” that our probing and analysis lead us to blame something or someone for our social ills. He goes on to make this insightful point: “The most convincing [reason for social problems] to me has always been the one that traces our woes back to choices made in Eden. But it’s hard to mobilize people politically to fight a sin we are all guilty of. Politics demands serpents.” My response is: he’s right, to a point, but it’s both/and. Eberstadt never writes that the one and only cause of identity politics is the sexual revolution. What she does do is show how profoundly that cause affected human society. Ultimately, this is an origins problem—that is, the fact that politics demands serpents is itself one of the effects of our original sin.

The Anxieties of Modern Man

At the writing of Gaudium Et Spes in 1965, the Council fathers already witnessed man’s anxieties and gave us a summary of them. Man is unsure of himself, thanks to the discrepancy between the wealth and economic power of some people and the utter poverty of others, the discrepancy between unbounded freedom and new forms of “social and psychological slavery,” the rise of destructive ideologies, and the insatiable desire for a materially advanced world without spiritual progress. During Vatican II, the Council fathers recognized that an anthropological problem was at hand. That anthropological problem was oneof the causes (there are several) of the sexual revolution.

The sexual revolution didn’t come out of nowhere. It was a natural outcome of an uncheckeddemocratizing spirit. It’s been most successful in democratic societies—nations—that incrementally shed elements of the traditional society since their initial move—most through a revolution—out of more traditional societies. It so happened that these Western countries have simultaneously become the wealthier countries in the world. Mark Lilla is correct to say, “it is hard to grasp the tremendous revolution in human societies—and, I would say, human psychology—brought about in our lifetimes by prosperity and technology.” The love of material prosperity coupled with individualism (which in Tocqueville’s time was a neologism that he used to archetypal effect describing America) brings absolute havoc into a society. As a side note, social scientists have found a correlation between wealth and divorce. When, for example, a society is in a recession, the divorce rate plateaus and drops.

The Sexual Revolution and Traditional Societies

We should also note how only mildly successful the ideas of the sexual revolution have been in nations still made up of traditional societies. These harmful ideas were mitigated by societies that still maintained thick traditional elements regarding marriage, family, and politics. They did not think in terms of the individual or personal rights, nor were they democratic in their political structures.

Yet when the Pill first started coming into Iraq, for example, many of the educated, socially conservative Christian women began taking it, and thereby reduced their family size. As Lilla also notes, “embourgeoisement” comes with wealth, and “middle-class tastes and demands” as well. After birth control became readily available, rarely did educated Christian Iraqi women have more than two or three children at the most. With five children, I stood out so much in the Iraqi-American immigrant subculture that some thought I had converted to Mormonism.

Even so, people who discount the role of the sexual revolution and those who (rightly) claim that there was sexual abuse or sexual promiscuity before the sexual revolution are not taking into consideration the fact that the permissiveness imparted by the sexual revolution compounds any problem that existed beforehand. It’s one thing when an aristocratic class delves into deviancy here and there. It’s quite another when entire societies run their everyday life with this ethos.

Eberstadt rightly states that the sexual revolution is now an untouchable dogma on the Left. I would ask those who subscribe to that dogma to tell me whether they deny that a society-wide pursuit of individual sexual satisfaction has led to a historically unprecedented increase in broken homes and under-parented children. I would also ask how they would propose to help a daughter of divorced parents who is in constant turmoil over the personal trauma she has experienced.

Mary Eberstadt’s thesis is exactly right, and she backs it up with evidence. She demonstrates not only the devastation to families brought about by the sexual revolution but also the resulting identity crisis, the outward manifestation that necessarily followed the revolution. And although her thesis is that the sexual revolution created a mass identity crisis and therefore gave rise to identity politics, she writes early in the book that she recognizes there are other factors at play as well:

To say that the phenomenon of identity politics has more than one cause is not to minimize the importance of others. And just as family meltdown is not the only reason for identitarianism, so are there multiple causes behind other phenomena that play major roles in our national division quite aside from identity politics.

Quite honestly, individualism and its benefits are very difficult to resist, even for conservatives who may intellectually know its destructive nature. We all must be on guard. Primal Screams is rich with ideas. Eberstadt identifies, and offers important insight into, our culture’s widespread desire for recognition; the childlike behavior of those who wield identity politics as a political weapon; the resentment of cultural appropriation; the endowment effect; domestic dispossession; androgyny as a survival strategy; the #MeToo movement; the modern shape of feminism and the causes for its vulgarization, and more.

In his response to Primal Screams, Rod Dreher writes that, like Rome before us, we have forgotten the art of creating and sustaining families. I would go even further. I’ve believed for a long time that we have forgotten how to be human. Fundamentally, that is what we must relearn. Restoration is arduous, and it is not for the weak-willed. Still, human societies have restored themselves before. Nothing is impossible with God.

Luma Simms, a Fellow at the Ethics and Public Policy Center, studies the life and thought of immigrants. Her essays, articles, and book reviews have appeared in a variety of publications including National Affairs, Law and Liberty, The Wall Street Journal, National Review, the Institute for Family Studies, and others. 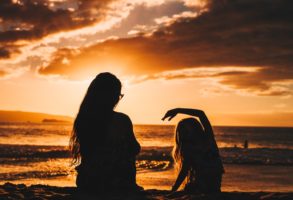 Liz Scheier’s memoir tells of navigating the extreme emotional turbulence of life as the child of a dishonest parent. Though she is fascinated by deceit and believes we are naturally drawn to liars, her own story explains how she built a new life based on trust, forgiveness, and enduring love. A vision of control based on ambition, education, and income has come to dominate professional-class perspectives on having children, but we should reject these mistaken cultural pressures and remember that truly abundant life is achieved through giving and receiving love. Why Some in the LGBT Movement Are Focusing on Kids The recent debates surrounding Florida’s anti-grooming bill raise questions not just about education, but about who has the right to direct the moral formation of children.