In our paganized culture, anytime an orthodox Christian speaks his mind on sexuality and gender, it should be recognized, encouraged, and, most of all, honored. This is especially true during so-called “Pride Month.” It is no small thing to willfully violate one of today’s blasphemy laws. And it is indeed blasphemy to insist on the immutability of the sexes and the changeless nature of natural marriage. Uttering such blasphemy will earn the Christian scorn from our ruling class. It is only to his disadvantage to speak Christianly.

But when Christian laymen and professional baseball players refuse to don a Pride uniform, as several players from the Tampa Bay Rays recently did, consider me impressed.

Explaining their abstention from wearing uniforms bedecked with Pride logos, player Jason Adam said that the reason “comes down to faith, to like a faith-based decision.” He continued: “So it’s a hard decision. Because ultimately we all said what we want is them to know that all are welcome and loved here.” Adam commendably asserted the historic Christian sexual ethic, equally binding on him as it is on anybody else:

When we put it [the logo] on our bodies, I think a lot of guys decided that it’s just a lifestyle that maybe—not that they look down on anybody or think differently—it’s just that maybe we don’t want to encourage it if we believe in Jesus, who’s encouraged us to live a lifestyle that would abstain from that behavior, just like [Jesus] encourages me as a heterosexual male to abstain from sex outside of the confines of marriage.

This is noble. Adam is no pastor or scholar. He’s the ordinary Christian trying to be obedient to his Lord. He evinces no hatred and fails to embody the troglodytic caricature that a secular press wants to depict him as. If only Christendom was full of such individuals.

I cannot imagine the bravery it requires to speak these words, knowing how they’ll be the subject of national attention and elite contempt. There is, however, one aspect of Adam’s statement that I wish to gently critique. Let it be said that this criticism comes from a place of immense gratitude, not scorn. I aim for encouragement, not belittlement. But behind Adam’s comments lurks a subtle error that shapes how many God-fearing Christians think about their own ethics: We frame our ethical convictions as matters of “faith” alone and seemingly treat our “beliefs” as a distinct form of knowledge apart from reason. We fail to demonstrate that sound moral principles support our convictions.

Let me use a different example to make my point. Is the prohibition on murder a prohibition that is binding only because the Sixth Commandment demands it? No, of course not. The prohibition on murder is never less than a faith conviction, but it is more than that as well. Law prohibits murder based on the moral principle that life should be protected from wanton violence. Similarly, Christian convictions governing sexual ethics and the identity of the male and female are based on reality and reason. Biological facts confirm that male and female are immutable beings with fixed natures. Their complementary designs and reproductive capacity make it possible for them to have children; the presence of children requires the context of a stable marriage to provide for their wellbeing.

Much of the strife that Christians face in the public square is the result of not adequately understanding the sound reasons they have for their moral convictions. Moral convictions may arise from faith, but faith-based moral principles are never not simultaneously grounded in reason. Christian ethics are not simply fiats to be obeyed because of divine decree. Hadley Arkes, here in First Things, echoes what I’m arguing:

If we detach the understanding of religion from any moral test of what counts as legitimate or illegitimate in a moral teaching, then we have also removed the moral ground for treating religion itself as a good. If there is no truth underlying our judgments of good and bad, then what is the ground on which we claim religion to be a good that should be honored in public life?

What I’m proposing is similar: If we implicitly sever an understanding of moral truth from a religious claim, we end up treating our religion as a mere sect—and the secular response to a sect is “get thee to a nunnery.” For the Christian to persist in the public square, we must not only be prepared to cite the sincerity of our claim, but the sound reasonabless undergirding it as well. If we cannot explain the moral good of our religious claim, I’m not sure adverting to the safe harbor of religion is a long-term strategy, either.

Another way of thinking about this is through an obverse framing: Do MLB players have good reasons to protest wearing Pride logos even if they were not Christians? Yes, they do.

Suppose I was one of the baseball players objecting to wearing a Pride jersey. Here’s how I would have answered the reporter:

I chose to abstain from celebrating Pride Month because the Christian tradition holds sexual morality in high regard. Whether you are a Christian or not, the sexual act itself is moral in nature and has moral consequences that extend beyond the two persons engaged in intercourse. Male and female bodies bear witness to a design that determines the body’s proper use. You may disagree that sexual acts ought to be limited to only heterosexual relations, but even you cannot deny that it is only heterosexual unions that bequeath to society something different than homosexual ones.

Of course, there is more to say, but this is only an example.

Merely adverting to faith as the sole basis for the moral convictions one has explains why many Christians are unprepared for public engagement; we cast convictions only as “beliefs,” rather than truths all are obligated to live by.

Moral principles are either true or false, sound or unsound, regardless of their foundation. We should not, and indeed cannot, separate the beliefs of faith from the convictions and evidence of reason.

Photo by Jose Morales on Unsplash 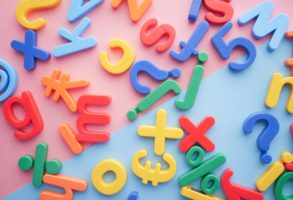 The left’s abandonment of the working class is epitomized by a plan to take school lunches away from the poor in order to push an LGBT agenda.