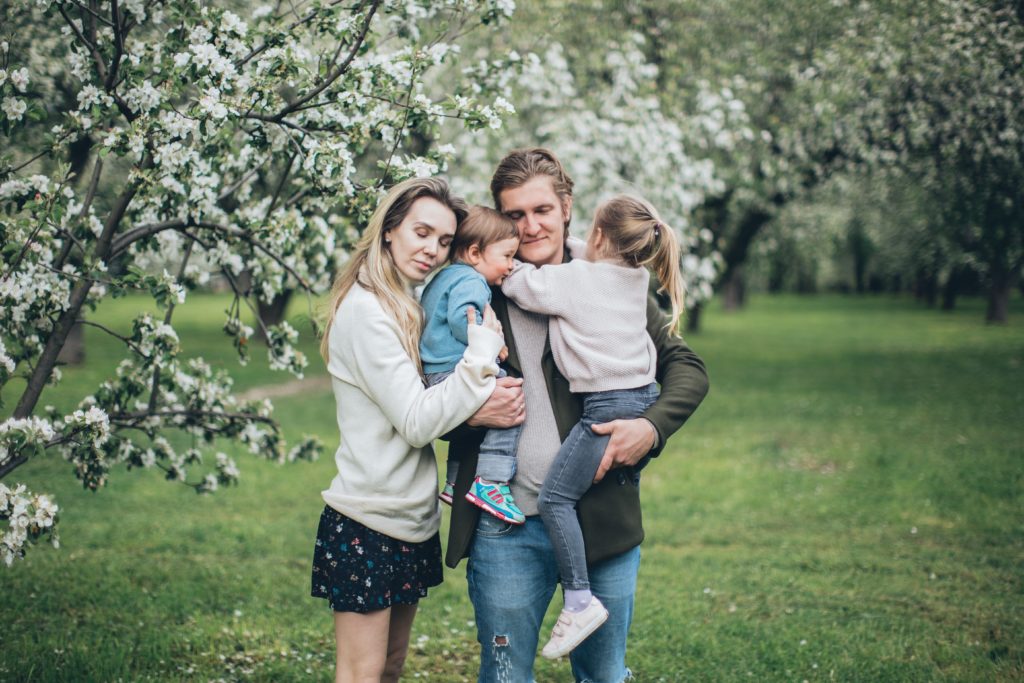 The following is a transcript of a conversation between EPPC Senior Fellow Mary Rice Hasson and National Catholic Register’s Jim Graves.

What things in American society do you find most harmful to families?

There has been a cultural shift in our society, a decline in the belief that Judeo-Christian values are its foundation and a shared set of beliefs. Society has now largely been shaped by values emerging from the Sexual Revolution, the media and the entertainment industry. This shift in the cultural environment is in radical opposition to human flourishing and the good of the family.

The Sexual Revolution and the Pill have combined to create the impression that sex no longer has something to do with reproduction, or that sex should only be enjoyed within marriage. This has been destructive to the family. Divorce is up, casual sex is widespread and comprehensive sex education has come into our schools which sexualizes children prematurely and distorts the framework to correctly understand the body and sexuality. The body has meaning, and sexuality is intended for married couples as an authentic way to express their love.

Now, in the minds of many, sex is merely a bodily function, a thing you do for pleasure. You can pursue this on your own, with another or with many others. The trends we’re seeing are very destructive. When we look at the data, sexually transmitted infections are widespread. Abortions are down, but this is because we’ve become a more contraceptive society; people are using contraceptives more effectively to prevent pregnancy. We’ve had a huge shift in attitude, with many believing it is fine to have sex with whomever they want, and in any way they want.

We need to counter this mindset by raising our children with a deep understanding of who they are, and that the culture is their enemy. Parents need to be countercultural, and do what they can to surround themselves with other families, teachers and mentors who are countercultural as well. This can be a challenge, as there has been a decline in the number of serious Christian believers. Nominal Christians and Catholics have bought into cultural messages and beliefs.

Yes, as we’ve really seen it ramp up in the past five or 10 years. Gender ideology messaging goes out through social media, and many children today are immersed in a virtual world. They are consuming heavy doses, and it can be hard for parents to see who is influencing their children.

Transgenderism can trace its roots to that fundamental divide between the Christian and secular views of the world, and the belief that sex has nothing to do with reproduction. If sex is merely for pleasure, sexual differences are no longer important. The secular culture has rejected God the Creator, it has rejected human nature and it has rejected that God has a plan for one’s life. It has instead accepted the belief that individuals can decide for themselves who they are and how they want to live. It is a ripe situation for gender ideology to come in.

People are looking for meaning and purpose. They are trying to figure out who they are, why they are here and how they ought to live. If we are weakly rooted in Christianity, and the culture does not have a proper understanding of truth, we are going to be open to any ideology that comes along to answer these questions.

What can we do to build stronger families?

Parents need to be serious about their faith, no matter what their background is. We need to pray and receive the sacraments.

We need to make strengthening our family relationships our priority. We need to do what we can to limit outside influences that are divisive, such as those that come through social media.

We need to put our screens aside, and make time for face-to-face interaction, doing fun things that don’t require a screen. Our youngest generation is our most connected generation, but it is also the loneliest. Their ability to relate in real life situations is impaired.

Parents must also take on their role as primary educators of their children. We cannot outsource the formation of our kids. We need to form their characters, and remind them that they have souls and are called to eternal life with God.

You’ve expressed your concerns about having children in the public schools.

The data shows that children who come out of secular schools have a lower rate of keeping the Faith. They often have an environment that is harmful to the formation of children.

There are certainly good people working in the public education system, but they are not the ones at the top making the decisions. Also, the institutions that are forming our public school teachers are producing young teachers who have bought into destructive ideologies, destructive to a healthy culture and political discourse. I am not condemning anyone who sends their children to public schools, but I would remind them that the public schools they send their children to are not the same ones they went to.

What activities are you doing with the Ethics and Public Policy Center?

It is a District of Columbia think tank led by Ryan Anderson. He is a tremendous voice, speaking on natural law, marriage and truth. He’s married and lives on a farm, often posting pictures of his kids on Twitter.

At the Center, we try to bring Judeo-Christian principles to bear on public policy. The group I’m a part of focuses on Catholic issues, and I do the Person and Identity Project, which equips parents and institutions with the truth about the human person and counters gender ideology.

You contributed to the creation of Bishop Michael Burbidge of Arlington’s letter A Catechesis on the Human Person and Gender Ideology.

Yes, but I prefer the focus to be on the document itself and not my role. (See A Catechesis on the Human Person and Gender Ideology).

How did you arrive at your current job?

Not in a linear fashion. When I speak to young women, I tell them not to expect that their work life will have the same pattern as a man. If we choose to get married and have a family, our focus is going to be more on family life and less on work. My life has had different phases, and many years I stayed at home and cared for my children, and in other years I worked as an independent contractor.

I have a legal background, and I’ve always kept my law license up to date. I tend to look at things through that legal lens.

How is it living and working around Washington, D.C.?

There is always an ebb and flow here, as Republicans and Democrats take power. There has been a big change since COVID; we have a lot more telecommuting. I’ve found it to be more family friendly. We can connect through Zoom and have greater collaboration with others around the country.

I am not anti-technology. I just caution parents about letting technology determine the blueprint for family life. We need to make time together, speak face-to-face and enjoy family meals together.

Raising children is one of the greatest gifts in life a person can have. It is a mistake to see them as a burden or limitation on your life. I always remind people, whatever job you do, you can be replaced. The only place you are irreplaceable is in your relationships.

Mary Rice Hasson, J.D., is the Kate O’Beirne Senior Fellow at the Ethics and Public Policy Center in Washington, D.C. She directs the Catholic Women’s Forum, a network of Catholic professional women and scholars, and co-founded the Person and Identity Project, a new initiative that equips parents and faith-based institutions to counter gender ideology and promote the truth of the human person. An attorney and policy expert, Mary served as keynote speaker for the Holy See during the United Nations Commission on the Status of Women, addressing education (2018), women and work (2017), caregiving (2019), and gender ideology (2019). She currently serves as a consultant to the U.S. Conference of Catholic Bishops’ Committee on Laity, Marriage, Family, Life and Youth.