The Faith Angle Forum holds its semi-annual Conference on Religion, Politics & Public Life from March 13-15, 2016, in South Beach, Florida. The series brings together a select group of nationally respected journalists and distinguished scholars for in-depth discussions of cutting-edge issues at the intersection of religion and public life. Under the leadership of Michael Cromartie, Vice President at the Ethics and Public Policy Center, the Faith Angle Forum provides extended discussion and the kind of deep reflection that is not always possible in today’s fast paced world of breaking news.

“Re-Imagining Religion in a Secular Age”

“Terror in the Name of God:  Its Causes, its Sources” 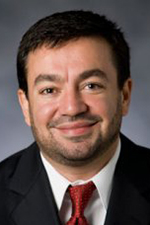 Imam Abdullah Antepli is Chief Representative of Muslim Affairs and serves as a faculty member in Islamic Studies at Duke University Divinity School. He previously served as Duke University first Muslim chaplain from July 2008 to 2014. From 1996-2003 he worked on a variety of faith-based humanitarian and relief projects in Myanmar (Burma) and Malaysia with the Association of Social and Economic Solidarity with Pacific Countries. He is the founder and executive board member of the Association of College Muslim Chaplains (ACMC) and a board member of the Association for College and University Religious Affairs (ACURA). From 2003 to 2005 he served as the first Muslim chaplain at Wesleyan University. He then moved to Hartford Seminary in Connecticut, where he was the associate director of the Islamic Chaplaincy Program & Interfaith Relations, as well as an adjunct faculty member. 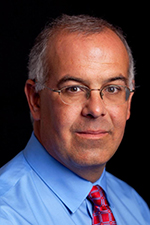 David Brooks became an op-ed columnist for The New York Times in September 2003. He is currently a commentator on “The PBS News Hour,” NPR’s “All Things Considered” and NBC’s “Meet the Press.” His most recent book, The Road to Character, published in April, became a number-one New York Times bestseller. He is also the author of The Social Animal: The Hidden Sources of Love, Character, and Achievement, Bobos in Paradise: The New Upper Class and How They Got There, and On Paradise Drive: How We Live Now (And Always Have) in the Future Tense.  Brooks also teaches at Yale University, and is a member of the American Academy of Arts & Sciences. He worked at The Wall Street Journal for nine years, and his last post at the Journal was op-ed editor. Prior to that, he was posted in Brussels, covering Russia, the Middle East, South Africa and European affairs. He also served as a senior editor at The Weekly Standard for nine years, as well as contributing editor for The Atlantic and Newsweek. 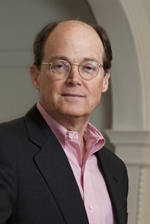 James Davison Hunter is LaBrosse-Levinson Distinguished Professor of Religion, Culture and Social Theory at the University of Virginia. Mr. Hunter has written eight books, including The Death of Character: Moral Education in an Age without Good or Evil (2000) and Is There a Culture War? A Dialogue on Values and American Public Life, (with Alan Wolfe, 2006). In 1991 he was the recipient of the Gustavus Myers Award for the Study of Human Rights for Articles of Faith; Articles of Peace. The Los Angeles Times named Mr. Hunter as a finalist for their 1992 Book Prize for Culture Wars: The Struggle to Define America. In 1988 he received the Distinguished Book Award from the Society for the Scientific Study of Religion for Evangelicalism: The Coming Generation. In 2004, he was appointed by the White House to a six-year term to the National Council of the National Endowment for the Humanities. In 2005, he won the Richard M. Weaver Prize for Scholarly Letters.

Since 1995, Professor Hunter has served as the Director of the Institute for Advanced Studies in Culture, a university-based, interdisciplinary research center concerned with understanding contemporary cultural change and its implications for individuals, institutions, and society.  The Institute publishes an award-winning journal, The Hedgehog Review: Critical Reflections on Contemporary Culture. 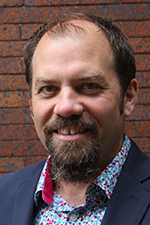 James K.A. (“Jamie”) Smith is professor of philosophy at Calvin College where he also holds the Byker Chair in Applied Reformed Theology and Worldview. He previously taught at Loyola Marymount University in Los Angeles and Villanova University in Philadelphia. His numerous publications include How (Not) to be Secular: Reading Charles Taylor; Who’s Afraid of Postmodernism?; Desiring the Kingdom: Worship, Worldview, and Cultural Formation; Imagining the Kingdom: How Worship Works; Who is Afraid of Relativism? Community, Contingency, and Creaturehood, and Thinking in Tongues: Pentecostal Contributions to Christian Philosophy. He is a senior fellow with the Colossian Forum and also serves as the editor of Comment magazine.   His PhD in philosophy is from Villanova University. 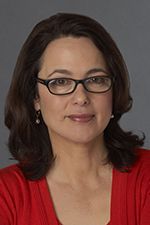 Jessica Stern is one of the foremost experts on terrorism.  She is the author of TERROR IN THE NAME OF GOD: Why Religious Militants Kill (selected by the New York Times as a notable book of the year); she is a co-author of ISIS: The State of Terror, DENIAL: A Memoir of Terror, (named a best non-fiction book of 2010 by the Washington Post), and THE ULTIMATE TERRORISTS.  She is a fellow at the FXB Center for Health and Human Rights at the Harvard School of Public Health and a Research Professor at Boston University’s Pardee School of Global Studies. As an expert on terrorism, she also serves on the Hoover Institution Task Force on National Security and Law. She is a 2014-2015 Fulbright Scholar and, in 2009, she was awarded a Guggenheim Fellowship for her work on trauma and violence. She also served on President Clinton’s National Security Council Staff in 1994–95.
She was included in Time magazine’s series profiling 100 people with bold ideas.

The film, “The Peacemaker,” starring Nicole Kidman and George Clooney, is based on a fictional version of her work at the National Security Council.  Her new book, Denial: A Memoir of Terror, is published by Ecco, a HarperCollins imprint.

Her PhD is from Harvard University in public policy.