The Faith Angle Forum will hold its semi-annual Conference on Religion, Politics & Public Life from March 23-25, 2014, in South Beach, Florida. The series brings together a select group of nationally respected journalists and distinguished scholars for in-depth discussions of cutting-edge issues at the intersection of religion and public life. Under the leadership of Michael Cromartie, Vice President at the Ethics and Public Policy Center, the Faith Angle Forum provides extended discussion and the kind of deep reflection that is not always possible in today’s fast paced world of breaking news.

“Pope Francis after One Year”

Sergio Rubin, Author, Pope Francis: Conversations with Jorge Bergoglio: His Life in His Own Words

“Whatever Happened to Sin in American Culture?”

“The Persistence of the Culture Wars” 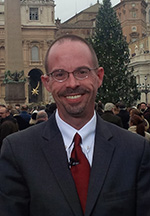 John Allen, Jr. is the prize-winning associate editor of The Boston Globe and the senior Vatican analyst for CNN. He is the author of six best-selling books on the Vatican and Catholic affairs, and writes frequently on the Church for major national and international publications.

The Tablet has called Allen “the most authoritative writer on Vatican affairs in the English language,” and papal biographer George Weigel has called him “the best Anglophone Vatican reporter ever.” Veteran religion writer Kenneth Woodward of Newsweek described Allen as “the journalist other reporters—and not a few cardinals—look to for the inside story on how all the pope’s men direct the world’s largest church.”

Two of Allen’s most recent books are The Catholic Church: What Everyone Needs to Know (2013) and The Global War on Christians: Dispatches from the Front Lines of Anti-Christian Persecution (2013).

Molly Ball is a staff writer for The Atlantic, where she covers national politics. She was awarded the 2012 Toner Prize for Excellence in Political Reporting for her presidential campaign coverage.

Ball joined The Atlantic in September 2011 from POLITICO. Previously, she was a reporter for the Las Vegas Review-Journal and the Las Vegas Sun. She has also reported for newspapers in Ohio, Pennsylvania, and Cambodia, as well as The New York Times and The Washington Post. She is a graduate of Yale University and was a 2009 recipient of the Knight-Wallace journalism fellowship at the University of Michigan. In 2007, she won $100,000 on “Who Wants to Be a Millionaire.” 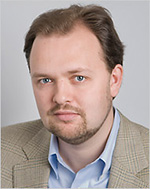 Ross Douthat joined The New York Times as an Op-Ed columnist in April 2009. Previously, he was a senior editor at The Atlantic and a blogger for theatlantic.com. He is also the author of Privilege: Harvard and the Education of the Ruling Class (2005) and the co-author, with Reihan Salam, of Grand New Party: How Republicans Can Win the Working Class and Save the American Dream (2008). He is also the film critic for National Review.

His newest book is titled Bad Religion: How We Became a Nation of Heretics. He charts institutional Christianity’s decline from a vigorous, mainstream, and bipartisan faith through the culture wars of the 1960s and 1970s to the polarizing debates of the present day. 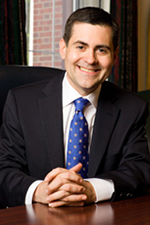 Dr. Moore speaks frequently to issues of theology, culture, and public policy, having been quoted or published by many of the nation’s leading news agencies and periodicals—including the New York Times, Wall Street Journal, Washington Post, Chicago Tribune, USA Today, and the Associated Press.

He blogs frequently at his “Moore to the Point” website, and is the author or editor of five books, including Tempted and Tried: Temptation and the Triumph of Christ, Adopted for Life: The Priority of Adoption for Christian Families and Churches, and The Kingdom of Christ: The New Evangelical Perspective.

An ordained Southern Baptist minister, Dr. Moore has served as a pastor for a number of Southern Baptist churches—most recently serving as preaching pastor at Highview Baptist Church from 2008-2012.

Dr. Cornelius “Neal” Plantinga, Jr. is currently Senior Research Fellow at the Calvin Institute of Christian Worship, Calvin College. He was formerly president of Calvin Theological Seminary in Grand Rapids, Michigan where he was also a professor of systematic theology. Plantinga received his Ph.D. from Princeton Theological Seminary. He has written several books, including Not the Way It’s Supposed to Be: A Breviary of Sin (1995), a Christianity Today “Book of the Year” in 1996, and Engaging God’s World: A Christian Vision of Faith, Learning, and Living (Eerdmans, 2002), a Christianity Today “Book of the Year” in 2003.

Sergio Rubin is an Argentinian-born, award-winning author and journalist. With Francesca Ambrogetti he co-wrote El Jesuita (2010), a biography of then-cardinal Jorge Bergoglio. The current edition—Pope Francis: His Life in His Own Words (Conversations with Jorge Bergoglio) —has been translated into 14 languages and published in more than 20 countries.

Rubin is a print & broadcast journalism graduate of the Instituto Superior de las Comunicaciones Sociales in Buenos Aires and also did postgraduate work in professional ethics at the University of Navarra (Spain). His numerous honors include First Place for coverage in the category of “Social Solidarity” in 2011, awarded by the Association of Argentine Journalism Organizations (ADEPA).

Since 1994, he has served as religion editor for the Argentine newspaper, Clarín, and since 2002, has been editor of its supplement, Valores Religiosos (Religious Values). Rubin has interviewed major international figures, such as Mother Teresa, and covered over a dozen of John Paul II’s trips, his funeral, as well as Benedict XVI’s papal election and his visit to Cuba.

Paul Vallely is the author of Pope Francis: Untying the Knots, which has been called “indispensable” by The New Yorker, “riveting” by The Guardian, and “in terms of seriousness of purpose and depth of understanding, head and shoulders above the rest,” by The Sunday Times.

He is Visiting Professor in Public Ethics and Media at the University of Chester and Senior Honorary Fellow at the Brooks World Poverty Institute at the University of Manchester. He is also the editor of The New Politics: Catholic Social Teaching for the Twenty-First Century and A Place of Redemption: a Christian Approach to Punishment and Prison.

He has produced award-winning reports from more than 30 countries in the developing world for over three decades. He has also chaired the Catholic Institute for International Relations (now Progressio) and he has been an editorial adviser to the Catholic Bishops Conference of England and Wales.

He has worked with Bob Geldof as an advisor for both Live Aid and Live 8, and has lobbied negotiators and heads of government at the Gleneagles G8 summit with Geldof and Bono.